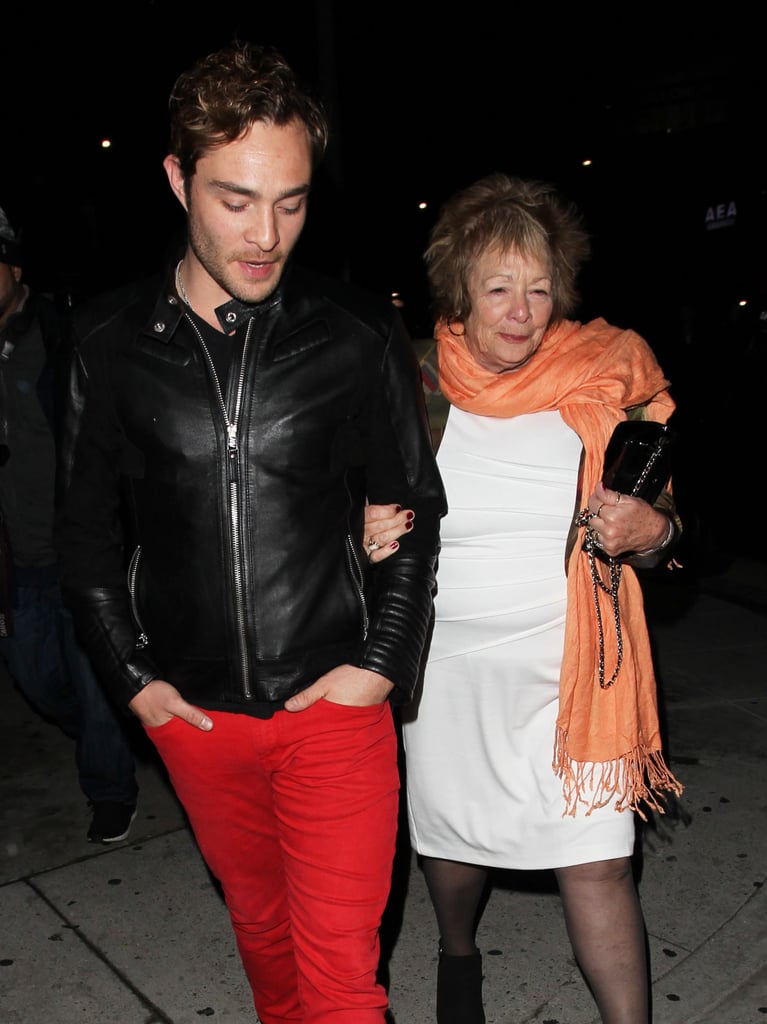 Ed Westwick had an adorable night out with his mom, Carole Westwick, in West Hollywood, CA, on Friday night. The former Wicked City actor and his mom grabbed a bite at The Nice Guy restaurant before making their way outside. Ed led the way for his mom, who sweetly held on to his arm and waved to nearby fans. This is just the latest we've seen of the actor since ABC canceled Wicked City back in November, although Ed will be starring in the upcoming crime thriller Jekyll Island alongside Dianna Agron and AnnaSophia Robb later this year. Keep reading to see more of the mother-son duo, and then check out all the times Ed was wickedly handsome.