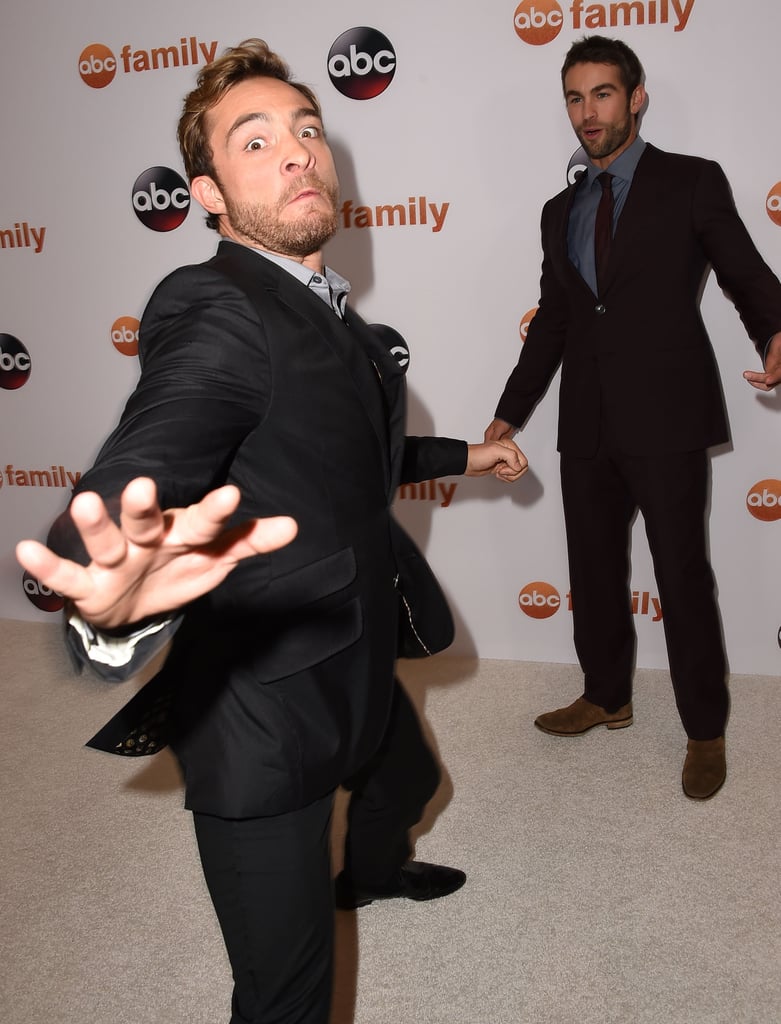 Brace yourselves, Gossip Girl fans, because Chuck and Nate are back together. Ed Westwick and Chace Crawford stepped out on Tuesday at ABC's TCA Summer press tour in Beverly Hills, CA, and somehow managed to turn the red (or cream) carpet into a hilarious party. Ed and Chace, who also reunited in LA in April, goofed off with each other while posing for photos. At one point, Ed ran up to the photographers and made funny faces as Chace cracked up in the background. Ed was on hand to promote his new show Wicked City, while Chace was there to discuss his show Blood and Oil. Keep reading to see more of the pair's crazy antics, then check out 11 Blair Waldorf quotes to live by.

Red Carpet
Who Can Think About Low-Rise Jeans When We Have Vanessa Hudgens's Jaw-Dropping Hip Cutouts?
by Sarah Wasilak 4 days ago