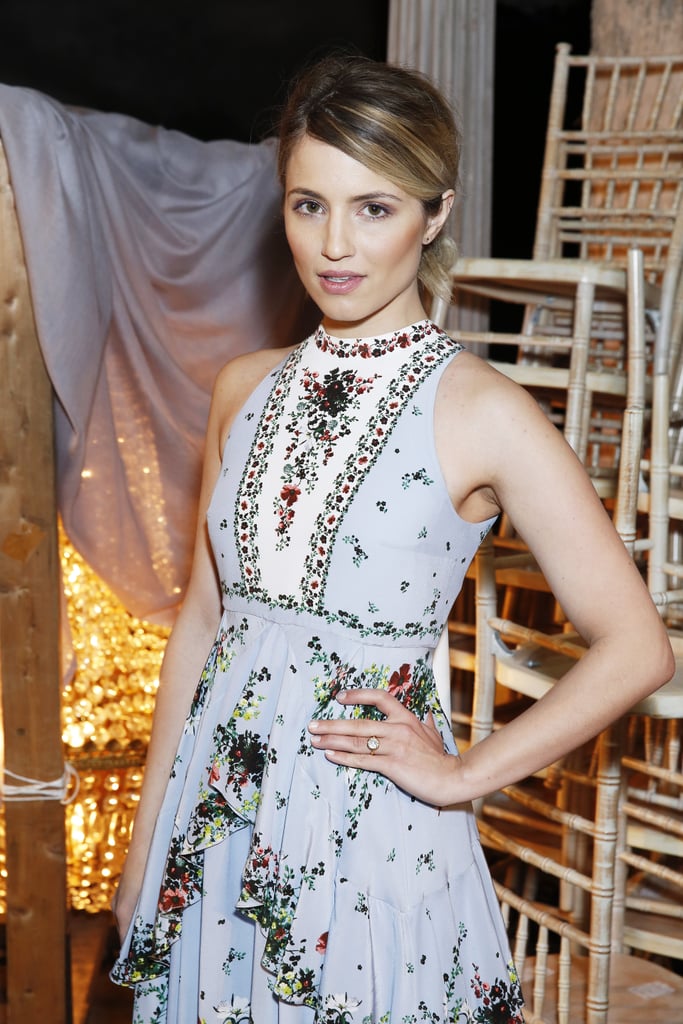 Ever since news of Dianna Agron's engagement to Mumford & Sons singer Winston Marshall broke in January, the world has been waiting to get a peek at her diamond stunner. On Monday, the former Glee star used an outing at London Fashion Week as an opportunity to finally show off her impressive bling. While posing for photos at Erdem's runway show, Dianna nearly blinded photographers when she casually flaunted her massive diamond solitaire, which was set in a gold band. The actress reportedly got engaged over the holidays in 2015, but this is the first time she's given us a glimpse at her ring. Keep reading for an up-close look at the gorgeous sparkler, and then check out the best celebrity engagement rings of all time.

Cate Blanchett
Cate Blanchett's Style Is Undeniably Elegant, but These 15 Looks Surpassed Our Expectations
by Kara Kia 1 week ago

by Jessica Harrington 17 hours ago