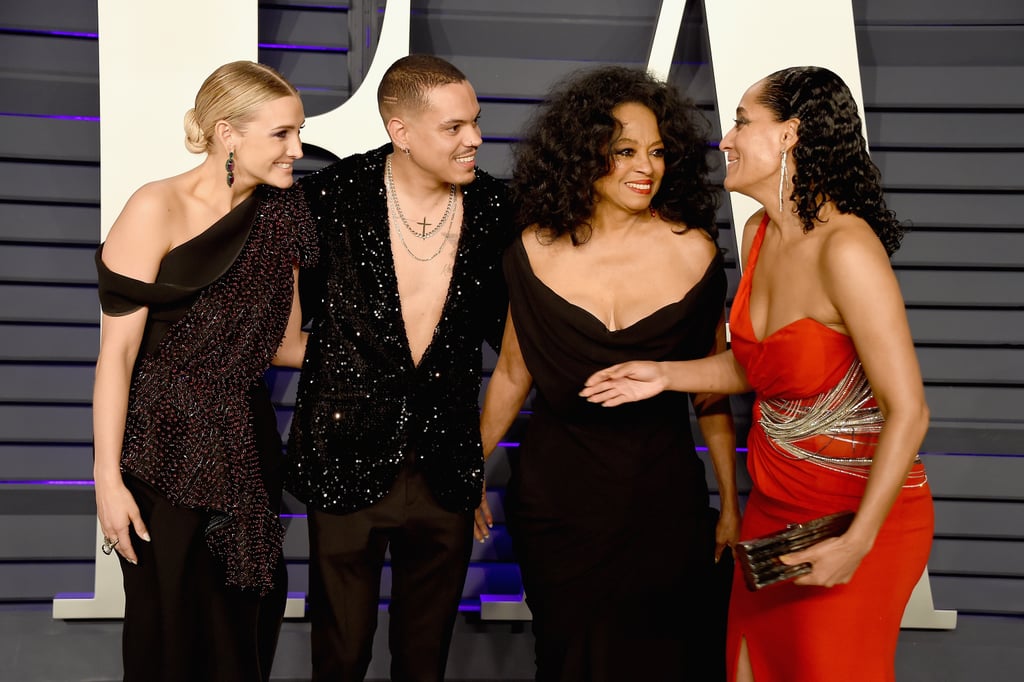 The Oscars may be over, but the party is just getting started! On Sunday, Diana Ross and her beautiful family stepped out together at Elton John's Oscars viewing party and Vanity Fair's annual afterparty. The 74-year-old icon was joined by 46-year-old daughter Tracee and 30-year-old son Evan, who brought his 34-year-old wife, Ashlee Simpson. The brood were dressed to the nines and appeared to have the best time as they exchanged hugs and kisses on the red carpet. Between this and their last appearance at the Grammys, it's clear the Ross family is as tight as can be.

Nostalgia
Why Did Ben Affleck and Jennifer Lopez Break Up? The Reason Is Sad
by Corinne Sullivan 20 hours ago

Celebrity Instagrams
The Highlight of Tracee Ellis Ross's Beach Party For One? Her High-Waisted Lounge Pants
by Chanel Vargas 1 day ago