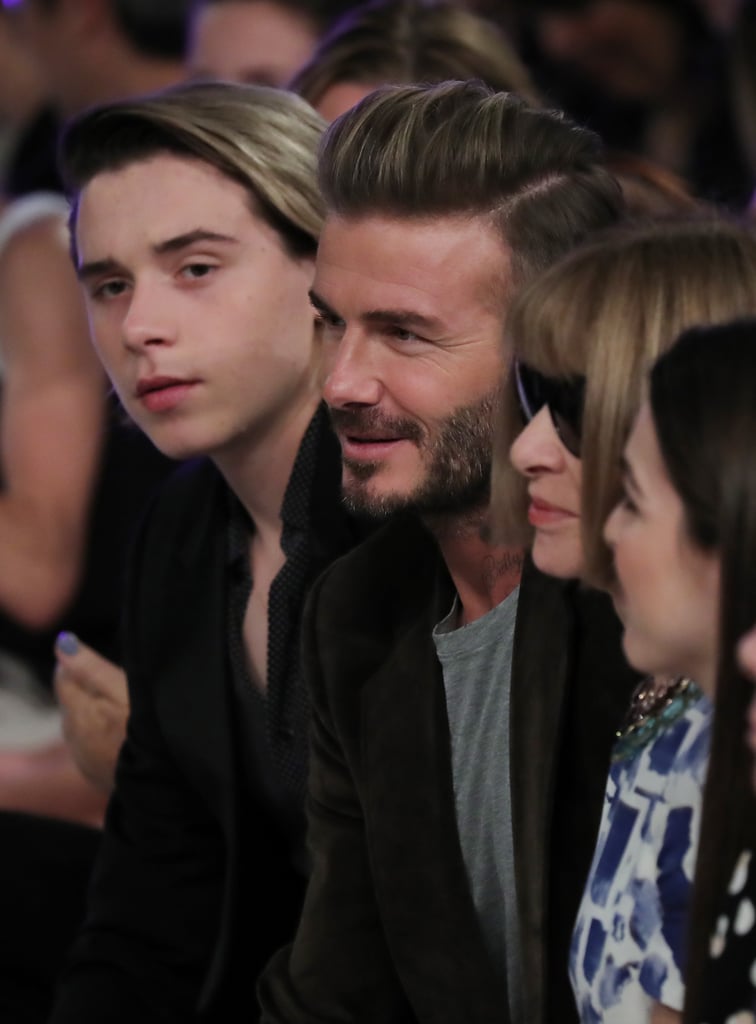 David and Brooklyn Beckham stepped out together for Victoria's show at New York Fashion Week on Sunday afternoon. As the models showed off the designer's Spring 2017 collection, the father-son duo attentively took in the show from the front row next to Vogue editor Anna Wintour, which we all know is the best seat in the house.

Sadly, Victoria's other kids, Romeo, Cruz, and Harper, were not in attendance, but they did wish her luck earlier in the day. Just before kickoff time, Victoria shared a photo on social media of the note her children sent her, which read, "To Mummy, Good luck with the show. We love you. Brooklyn, Romeo, Cruz, and Harper." After the show, Brooklyn congratulated his mom on Instagram, writing, "What an amazing show. Well done mum @victoriabeckham ❤️," and the brood stayed true to their family tradition and celebrated at French restaurant Balthazar in SoHo.