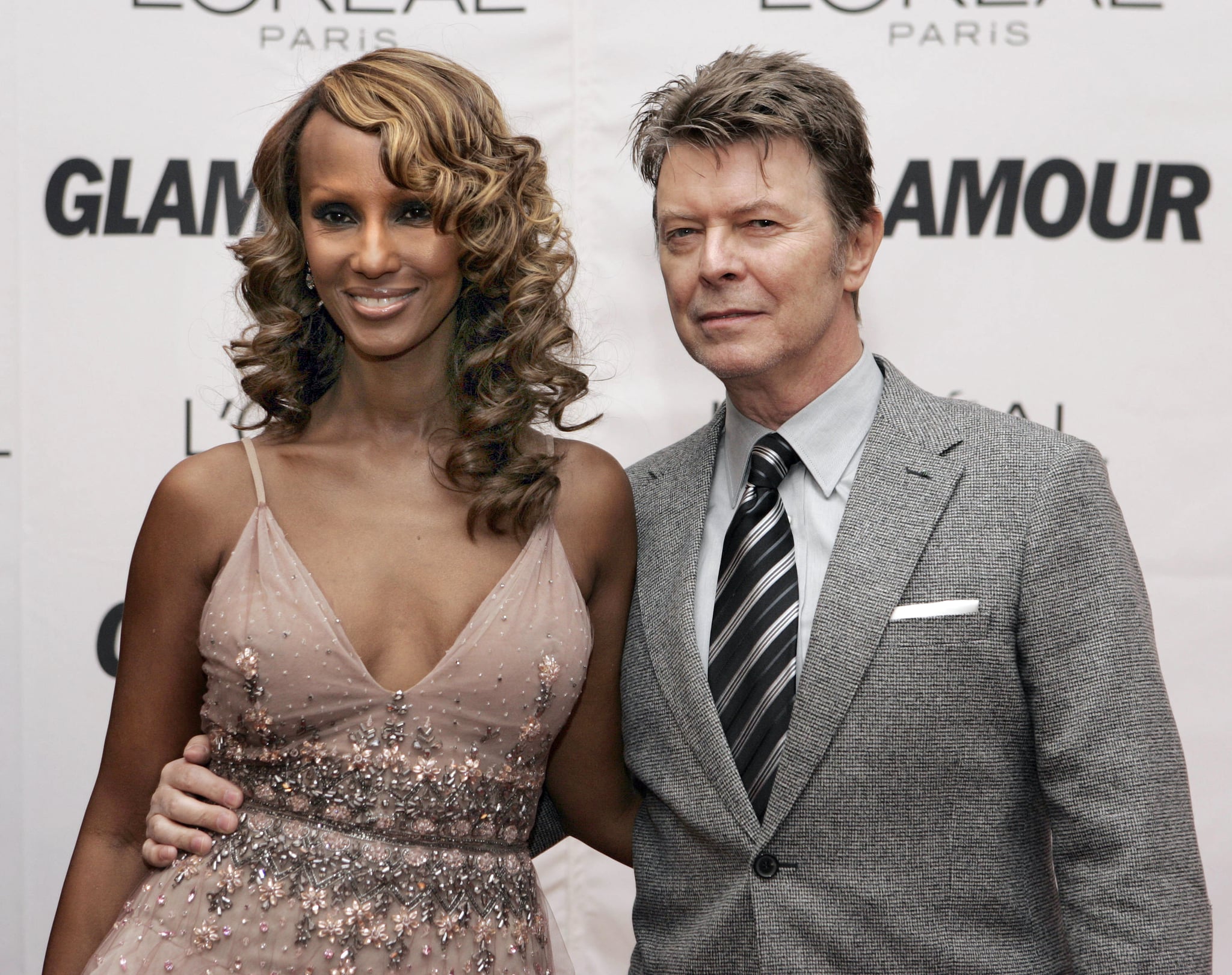 David Bowie passed away on Jan. 10, 2016, and his family is honoring his memory on Instagram. On Wednesday, his wife, Iman, posted two sweet tributes to the iconic singer on the anniversary of his death. Aside from sharing a black-and-white photo of them cuddling on the couch, she also shared a photo of her and their daughter Alexandria's tattoos. "You will always be part of us. Jan 10th #BowieForever #EverAndEver," she wrote alongside the photos of their ink. While Alexandria's wrist tattoo features a crescent moon and the words "Daddy xxx" with his birth and death date, Iman's is a Bowie knife on her ankle. David was also a father to a son named Duncan from a previous relationship.

This isn't the first time David's family has opened up about him. On the anniversary of his death last year, Iman posted a moving tribute to her husband of 24 years by posting a picture of a rainbow, writing, "Jan 10th, 2016 NYC Skyline #ForeverAndEver #ForeverLove #BowieForever"

Kendall Jenner
Kendall Jenner's Hibiscus-Print Bikini Is Still in Stock, but Don't Quote Us on That Later
by Sarah Wasilak 22 hours ago

Celebrity Instagrams
The Highlight of Tracee Ellis Ross's Beach Party For One? Her High-Waisted Lounge Pants
by Chanel Vargas 1 day ago

Celebrity Instagrams
These Celebrity Collarbone Tattoos Are So Hot, You're Going to Need a Glass of Water
by Danielle Jackson 1 day ago