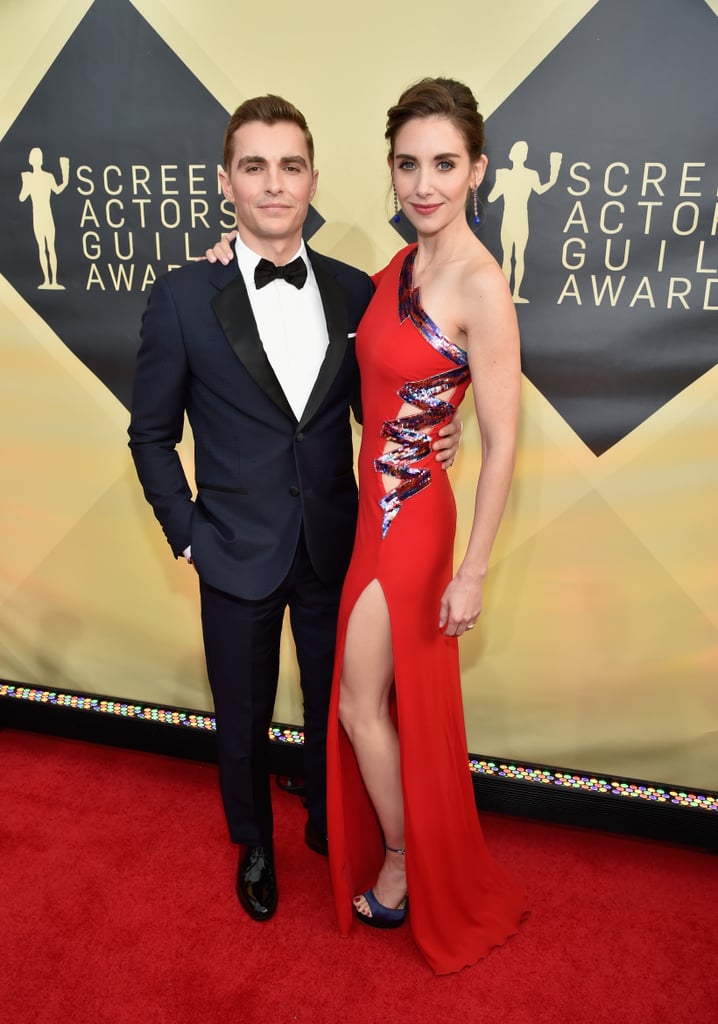 Dave Franco and Alison Brie turned heads at the 2018 SAG Awards. The couple, who tied the knot last March, walked the red carpet before the award ceremony where Alison is nominated for her performance in GLOW. In the wake of James Franco's sexual misconduct allegations, Alison, who wore a body-hugging red dress, was asked about the controversy and defended her brother-in-law, saying, "I obviously support my family, and not everything that's been reported has been accurate, so I think we're waiting to get all the information." James is also nominated and expected to show up at the ceremony after skipping the Critics' Choice Awards last week, so all eyes will be watching to see what happens. Keep reading for more photos from Dave and Alison's night out ahead.

Award Season
Diversity Wins BAFTA TV Award For Powerful BGT Performance: "This Is What Change Looks Like"
by Tori Crowther 1 week ago