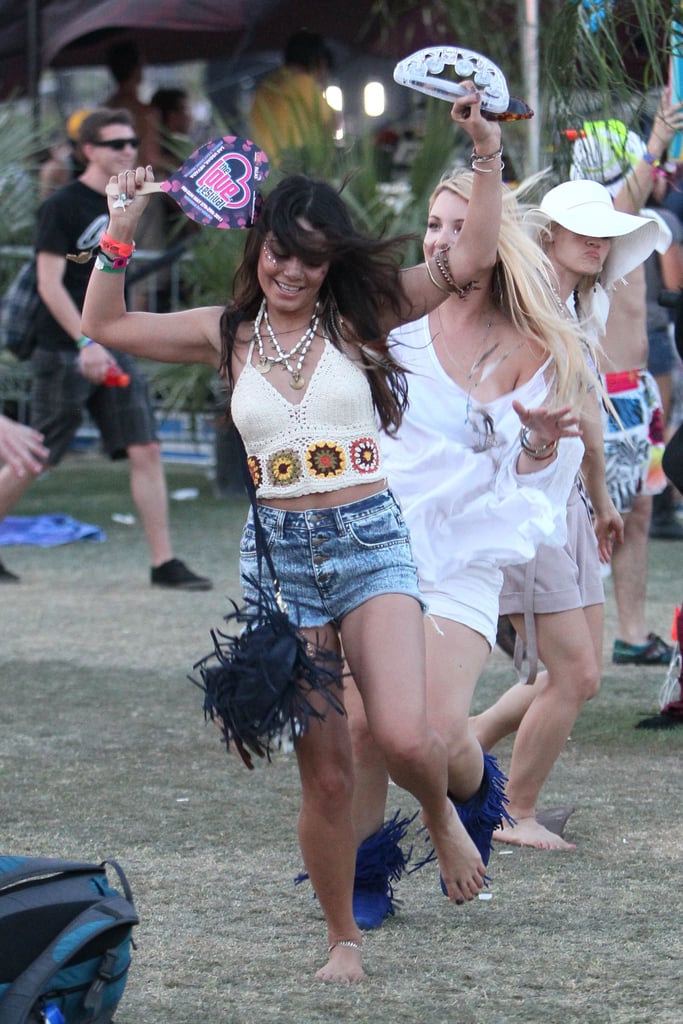 Coachella's first weekend kicks off on April 12, and we're gearing up for the famous music festival by taking a look back at some of the best celebrity moments from over the years. Best friends Cameron Diaz and Drew Barrymore hit the grounds arm in arm in 2007, and Gigi Hadid kissed then-boyfriend Cody Simpson in 2015. The following year, Jared Leto and Halsey sparked dating rumors in the desert, and last year, Beyoncé gave a history-making performance, which will be featured in her upcoming Netflix documentary, Homecoming. Scroll through to see all the stars who have spent time at Coachella over the years.

Drew Barrymore
Drew Barrymore Says She Won't Get Plastic Surgery: "We're Going to Age . . . and It's OK"
by Jessica Harrington 2 weeks ago