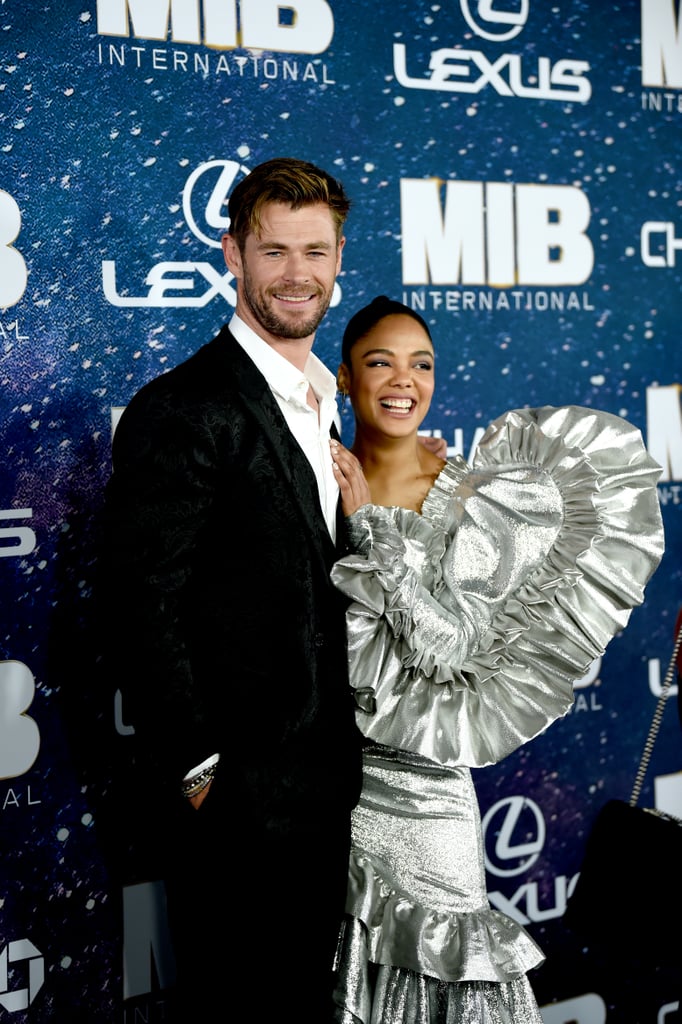 Chris Hemsworth and Tessa Thompson are back together in Men in Black: International, but their friendship goes beyond the screen. The costars have developed quite the special bond since starring together in 2017's Thor: Ragnarok, which is why Chris was excited to work with Tessa again. In fact, Tessa was actually one of the first people Chris thought of to play Agent M in the action spinoff. "She was at the top of the list and I said, 'Fantastic, we'll pick where we left off,'" Chris previously revealed. "A lot of the time when you work with a costar you spend sometimes the first half of the shoot getting to know each other and so to not have to do that is always a huge relief." Chris and Tessa will be playing Agent H and Agent M, respectively, with Chris as a top agent in MIB's UK branch and Tessa as a new MIB recruit assigned to the branch. Men in Black: International hits theaters on June 14.

Related:
Here's How Men in Black: International Fits Into the Rest of the MIB Universe
Previous Next Start Slideshow
Celebrity InstagramsChris HemsworthRed CarpetTessa ThompsonMen In Black InternationalCelebrity Friendships
Around The Web