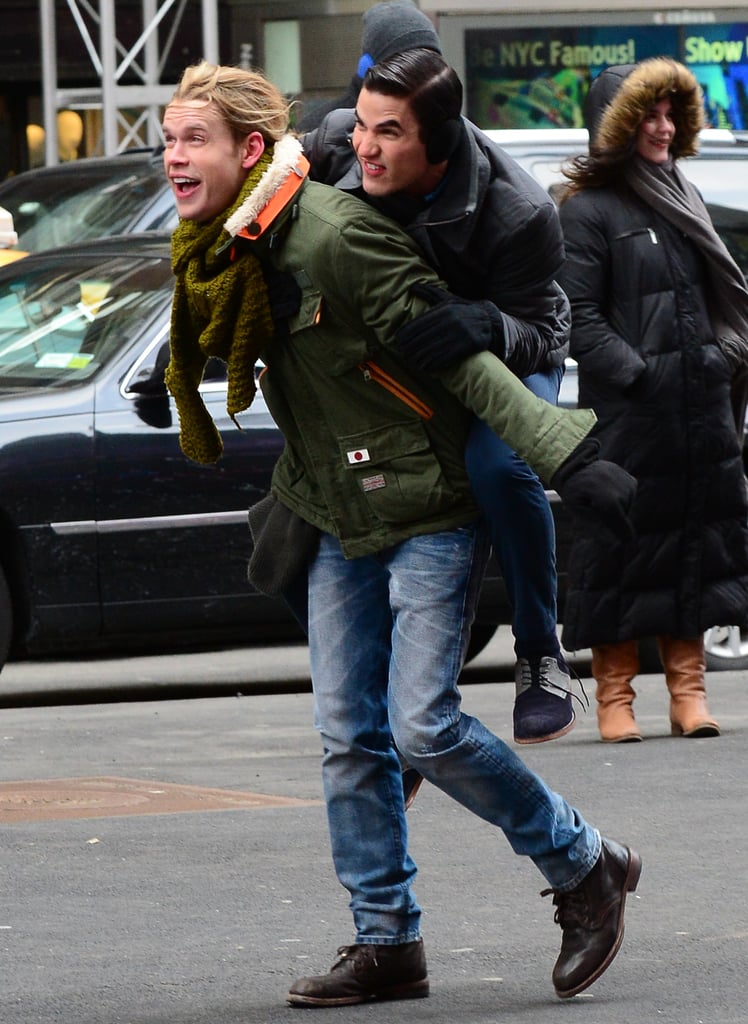 Chord Overstreet found himself a little over his head while filming Glee in NYC on Thursday. After shooting some scenes with costar Darren Criss, he posted a video of himself at a police station, captioning it, "Arrested in Times Square." Considering that his performance included giving Darren an adorable piggyback ride through the tourist spot while they sang and danced, maybe he was detained for being too cute.

Lea Michele was also on hand to shoot the hit show in the Big Apple, seen singing in a car — even poking her head out of the window to really belt it — and strolling down the street in a chic all-black outfit. Hopefully someone bailed Chord out, but until we find out, check out the scene that got him arrested and some more fun Glee set pics below. There are sure to be plenty more sightings with the show setting the next few episodes in NYC.

HBO
The Succession Season 3 Cast Is Stacked! See Who's Joining and Who's Returning
by Monica Sisavat 23 hours ago