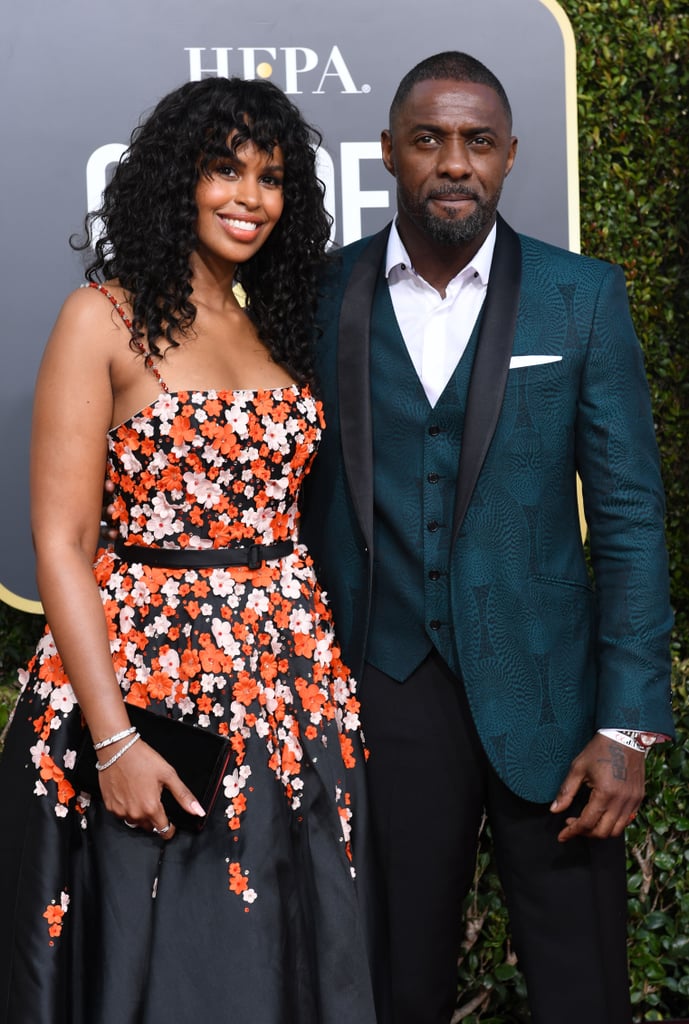 For the second year in a row, celebrities stood in solidarity and showed their support for the Time's Up movement at the Golden Globes. Last year, stars hit the red carpet in all black ensembles as a symbol of protest against sexual harassment in the industry, and this year, the red carpet was flooded with black and white ribbons and bands. Celebrities like Idris Elba, Rachel Brosnahan, and Marti Noxon all made powerful statements when they showed up to Sunday's Golden Globes wearing the ribbons and bands. Each of the ribbons and bracelets, which were designed by stylist Arianne Phillips, read "TIMESUPx2" across them and symbolize the union of the Time's Up supporters who are committed to creating safe, fair, and dignified workplaces for women. They also represent the new TIMESUPx2 campaign, which is a celebration of the initiative's second year.

As of today, the Time's Up Legal Defense Fund has connected nearly 4,000 men and women with necessary legal resources to fight workplace harassment. "We created the fund because all people deserve to be safe at work, but safety alone is far from our end goal," Time's Up said in a statement posted on their website last week. "It's the bare minimum. Sexual harassment stems from an imbalance of power. Issues of workplace safety for women, and especially for women of color, are but a symptom of the power imbalance that plagues nearly every sector. We won't stop fighting until there is gender balance in leadership and all women have the opportunity to reach their full potential at work."

Celebrity Hair
BAFTA Awards 2021: These Were the Best Celebrity Hair and Makeup Looks of the Night
by Sophia Panych 3 days ago