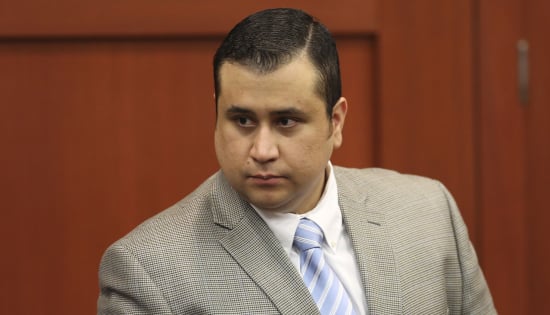 George Zimmerman was found not guilty of second-degree murder in the shooting of Trayvon Martin yesterday, and the verdict has stirred up strong reactions among celebrities on Twitter. Many stars were showed support for Trayvon and his family after news of the shooting broke back in 2012. Read on for their immediate reactions on Twitter.

No. My heart is with Sybrina Fulton, Rachel Jeantel, everyone who loved Trayvon and has been sent the message that his life didn't matter.

Speechless...All I can do is pray and weep for @SybrinaFulton and the Martin Family...walk by Faith not by sight. #GodisinControl #sosad

What a sad day for justice in America

For me this has always been about a young boy murdered for walking home. No matter his race. Stand your ground is a horrible law.

The wind is more than knocked out of me... My heart aches for this boy's family. Justice System? I don't think so. #justicefortrayvon

#Disappointed literally in tears right now, over the way a KILLER was found not guilty!!? KeepingTrayvon's family in my prayers! In shock!

This has to be a call to action. We must participate in the political process and demand the justice system we ALL deserve.

So it's ok to be a vigilante now if you live in Florida. #HoodiesUp

And our taxes paid for that trial. We just paid to see a murderer walk free after killing an innocent unarmed little boy. #GodBlessAmerica

Sad w/e/ A killer walks & a gifted talent dies way too young. Remember your Kipling, ppl. Keep your head when all around u r losing theirs..

My heart goes out to Trayvon Martin's family & loved ones. Thought & prayers being sent their way #NoJustice

What do we stand for? How are we America, united... the beautiful? We should take a long look in the mirror, we need REAL change.

Rihanna
Rihanna May Not Be Able to Vote, but She Sure as Hell Knows How Important It Is
by Monica Sisavat 2 weeks ago

News
After Testing Positive For COVID-19, Donald Trump Is Treated With This Experimental Antibody Cocktail
by Christina Stiehl 4 weeks ago