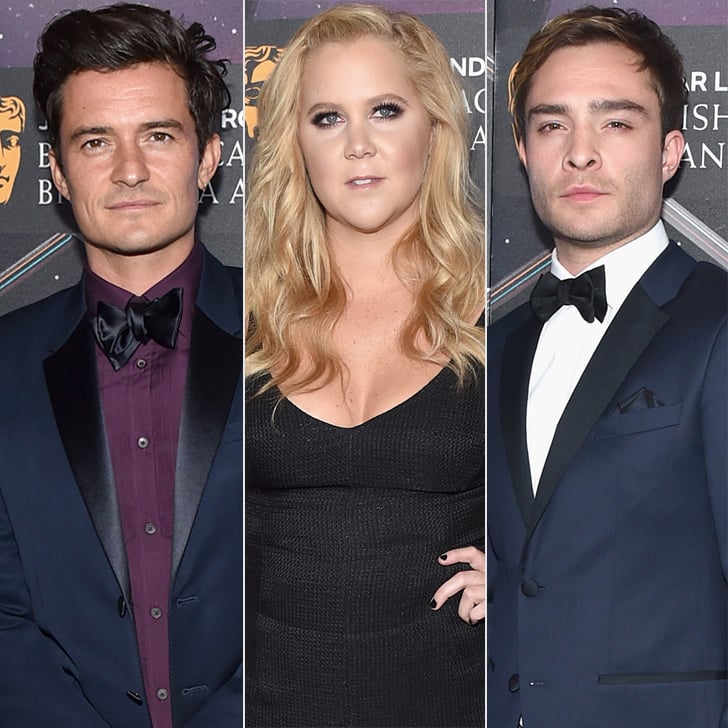 The annual BAFTA Britannia Awards took place in LA on Friday, boasting a guest list of some of the biggest names in Hollywood. Ed Westwick, who stars in ABC's new crime drama Wicked City, looked devastatingly handsome while posing for photos on the red carpet, while Amy Schumer stunned in all black and was honored with the Charlie Chaplin award for her excellence in comedy. Meanwhile, Meryl Streep skipped the red carpet but took home the Stanley Kubrick trophy for her work as an actress, and Orlando Bloom was honored with the humanitarian award for his commitment to numerous charity organizations, including UNICEF and We Day. Read on to see even more stars and highlights from the big event!

Celebrity Hair
BAFTA Awards 2021: These Were the Best Celebrity Hair and Makeup Looks of the Night
by Sophia Panych 2 days ago

Priyanka Chopra
Priyanka Chopra Wore One of 2021's Favorite Hairstyles to the BAFTAs: the Bubble Braid
by Tori Crowther 2 days ago