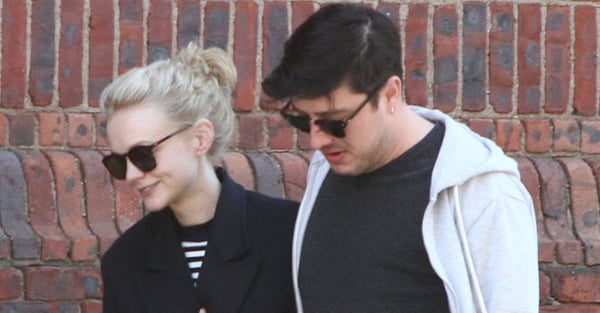 Carey Mulligan and Marcus Mumford are new parents to a baby girl, and the actress revealed the name of their newborn on Monday. In an interview with Entertainment Tonight at the Suffragette premiere in New York, Carey said that their daughter's name is Evelyn, and when asked about the meaning behind the name, she said she "just came up with it."

Earlier this month, a source revealed that the actress gave birth "to a healthy and happy baby," and during an appearance on The Graham Norton Show on Friday, Carey confirmed that her little girl was born in September. The new mom also stepped out on Oct. 7 when she hit the red carpet with Meryl Streep for a photocall for her film Suffragette. She and Marcus, the lead singer of Mumford & Sons, have known each other since childhood, and they started dating in 2011 before tying the knot in April 2012. Congratulations to the couple!

Celebrity Instagrams
In Case You Forgot, Brenda Song and Macaulay Culkin Have Been Together Since 2017
by Monica Sisavat 19 hours ago

Celebrity Instagrams
Tan and Rob France Are Expecting Their First Child: "Our Hearts Are So Full Right Now"
by Monica Sisavat 19 hours ago

Celebrity Instagrams
True Thompson Is 3! See Photos of the Pretty Pastel Party Khloé Kardashian Threw For Her
by Kelsey Garcia 21 hours ago

by Jessica Harrington 20 hours ago