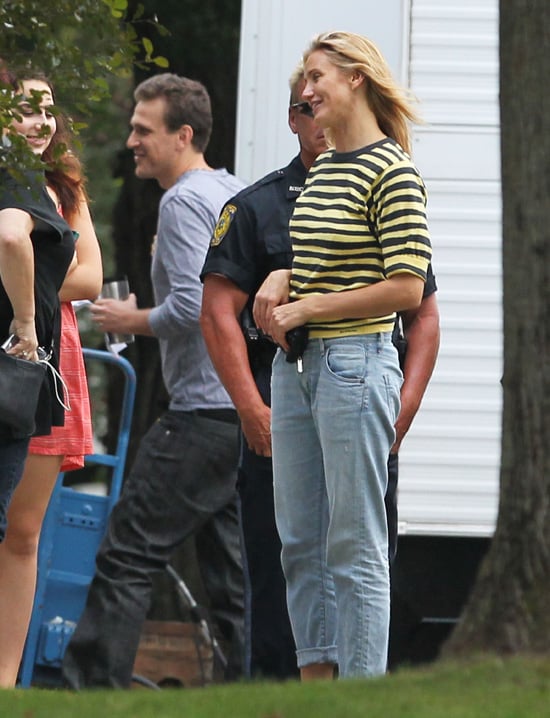 Cameron Diaz was joined by her costar Jason Segel to get to work on their new movie Sex Tape yesterday outside of Boston. Jason and Cameron will play husband and wife for the comedy that follows the story of a married couple in search of their sex tape, which goes missing overnight. While Cameron and Jason play love interests for their new project, rumors arose last month romantically linking the pair in real life since they were spotted on a reported date in the Hamptons, though the outing may have been all business. 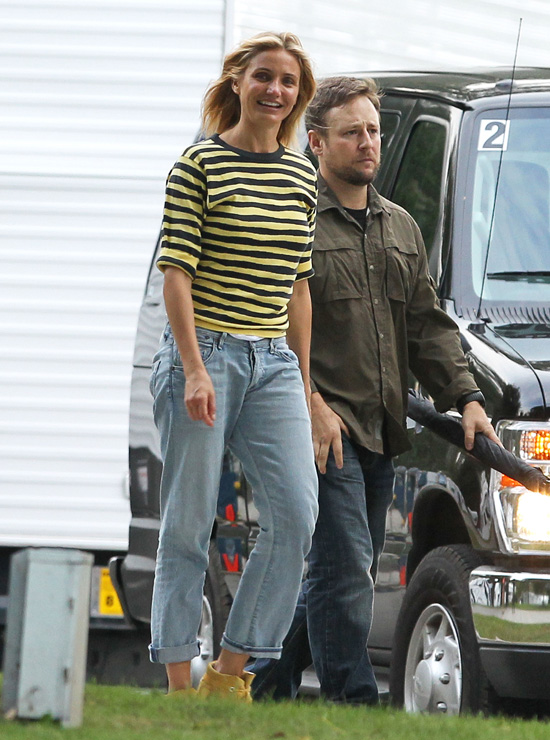 Cameron's back to work on her latest movie after a busy Summer of shooting her other new project, The Other Woman, with Kate Upton and Leslie Mann, which took her to the Bahamas, Hamptons, and NYC for work. While she is busy with her big-screen projects, Cameron did get in a bit of downtime in the Hamptons, where she joined her pal Gwyneth Paltrow at her Goop garden party last month. Cameron was just one of the many famous faces to vacation in the hot spot — see all the stars who hit the Hamptons this Summer. 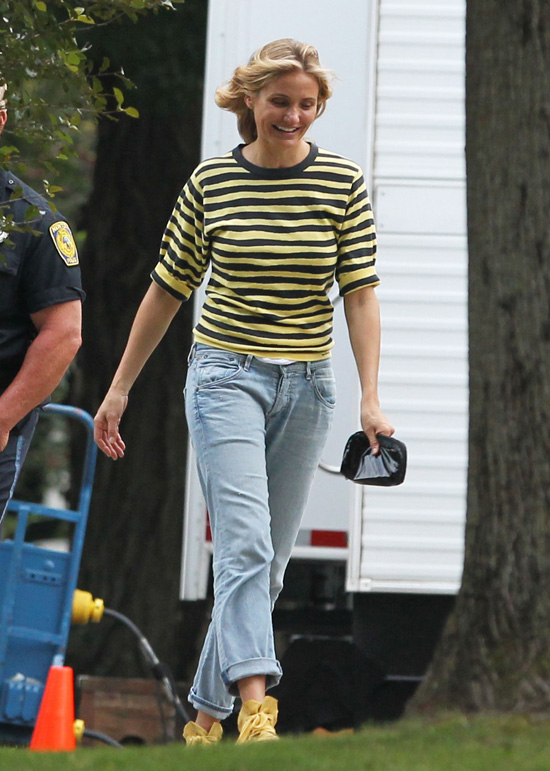 Image Source: FameFlynet
Jason SegelCameron DiazStars On The Set
Around The Web