Rachel Bilson, AnnaLynne McCord, and Lucy Liu were among the actresses who stepped out for last night's CW, CBS, and Showtime 2012 Summer TCA Party at The Beverly Hilton Hotel. The ladies were out to support their TV shows Hart of Dixie, 90210, and CBS's new Sherlock-based Elementary, respectively. They were ready for cocktails and mingling after their network hosted panels touting the new seasons of their programs during the day. Lucy joined her leading man, Jonny Lee Miller, to explain how their version of Sherlock Holmes is different from Robert Downey Jr.'s big-screen franchise and the BBC's Sherlock. For starters, Lucy, a woman, plays Watson, Sherlock's sidekick.

Rachel, AnnaLynne, and Lucy made the rounds saying hi to Showtime stars Michael C. Hall, of Dexter, Episodes' Matt LeBlanc, and Don Cheadle from House of Lies. AnnaLynne's 90210 costars Jessica Lowndes and Matt Lanter were on hand, too. Rounding things out for the three networks were a handful of CBS leading ladies like Two Broke Girls's Beth Behrs and Kat Dennings. Click through to see even more stars, including Jaime King, Tyra Banks, Lisa Kudrow, and Katie Cassidy. 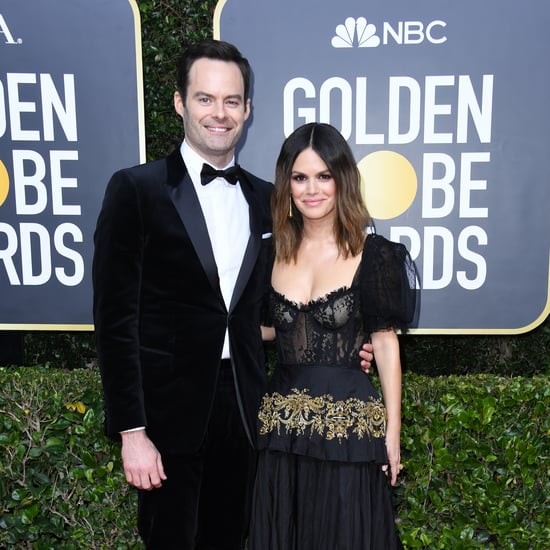 Celebrity Couples
Yes, It Appears Bill Hader and Rachel Bilson Are Dating — This Is What We Know
by Stacey Nguyen 1/05/20