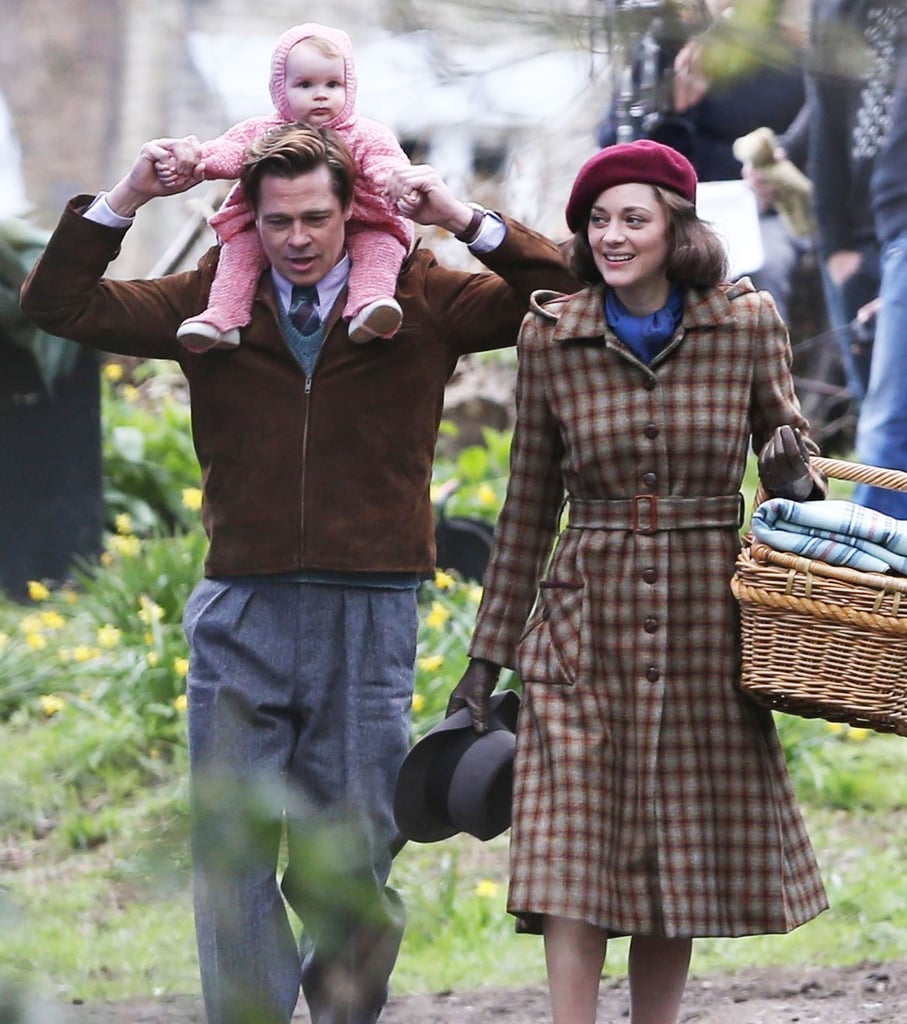 Brad Pitt and Marion Cotillard hit the set of their new film, Five Seconds of Silence, in London on Thursday. The pair were spotted shooting scenes with a supercute baby girl, and Brad played the role of doting dad — something we're sure he's got lots of experience with — by cradling the little one and carrying her high on his shoulders as Marion held on to a picnic basket. The romantic thriller, which is being directed by Robert Zemeckis, is reportedly set during World War II and follows a spy who falls in love with a French agent during a mission in North Africa.

Last time we saw Brad was in January, when he was wearing a decidedly more modern outfit and putting his charm on display with Ryan Gosling on stage at the Golden Globes. Is it just us, or does he look even younger than he did then? Almost as if he's . . . Benjamin Button-ing himself? Keep reading to see Brad looking youthful and being really, really sweet with a baby on set, then stream some of his best movies on Netflix.

Previous Next Start Slideshow
Brad PittMarion CotillardStars On The Set