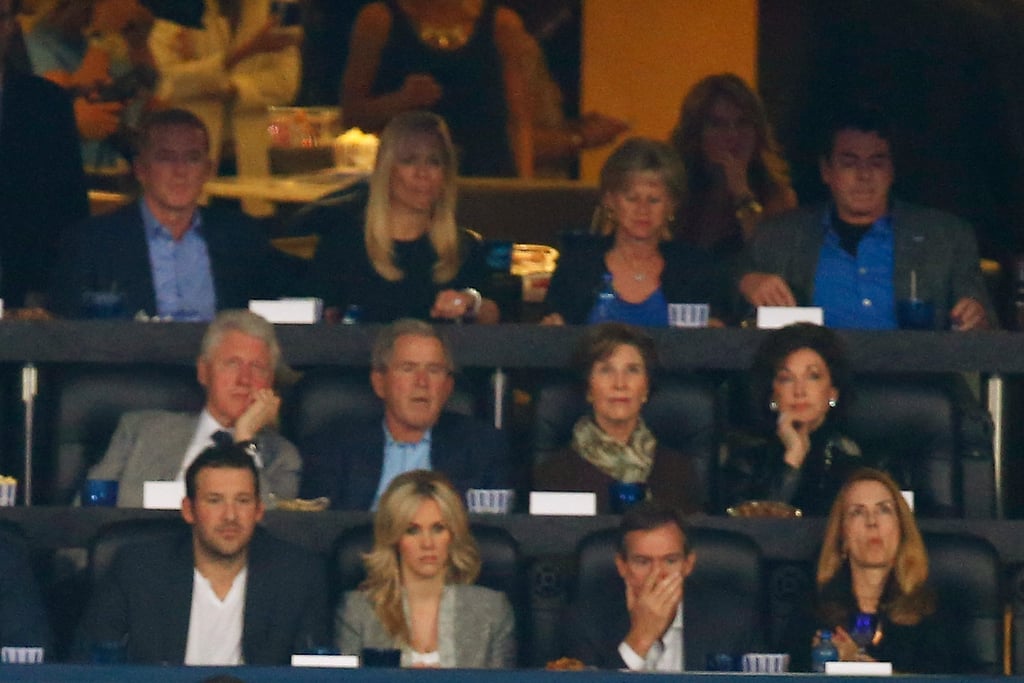 So, Were Bush and Clinton Rooting For Different Teams?

Former US Presidents and political opposites Bill Clinton and George W. Bush had a game date on Monday, sitting together for the NCAA men's basketball championship game in Arlington, TX. The presidential pair took in the Final Four Championship excitement, watching the game from Dallas Cowboys owner Jerry Jones's luxury box. They were joined by not only Bush's wife, Laura, but also Dallas Cowboys quarterback Tony Romo, who sat in front of them with his wife, Candice — Chace Crawford's sister. During the game, the group laughed when they made their way on to the Jumbotron, and Clinton tweeted a picture following the Connecticut Huskies' victory over the Kentucky Wildcats, saying, "Great night watching #NCAAFinals with @JeffLongUA, Coach Richardson, Coach Sutton, Jerry Jones & 43" — a nod to the 43rd president, Bush.

News
Kyle Rittenhouse Acquitted by Wisconsin Jury: "He Was Not Held Responsible For His Actions"
by Chanel Vargas 2 weeks ago

Politics
In Texas, Voting Is Now an Act of Civil Disobedience
by Claudia Yoli Ferla 10/08

Beauty News
Rep. Ayanna Pressley Is Sponsoring a Bill Requiring Medicare to Pay For the Wigs of Hair-Loss Patients
by Danielle Jackson 10/06