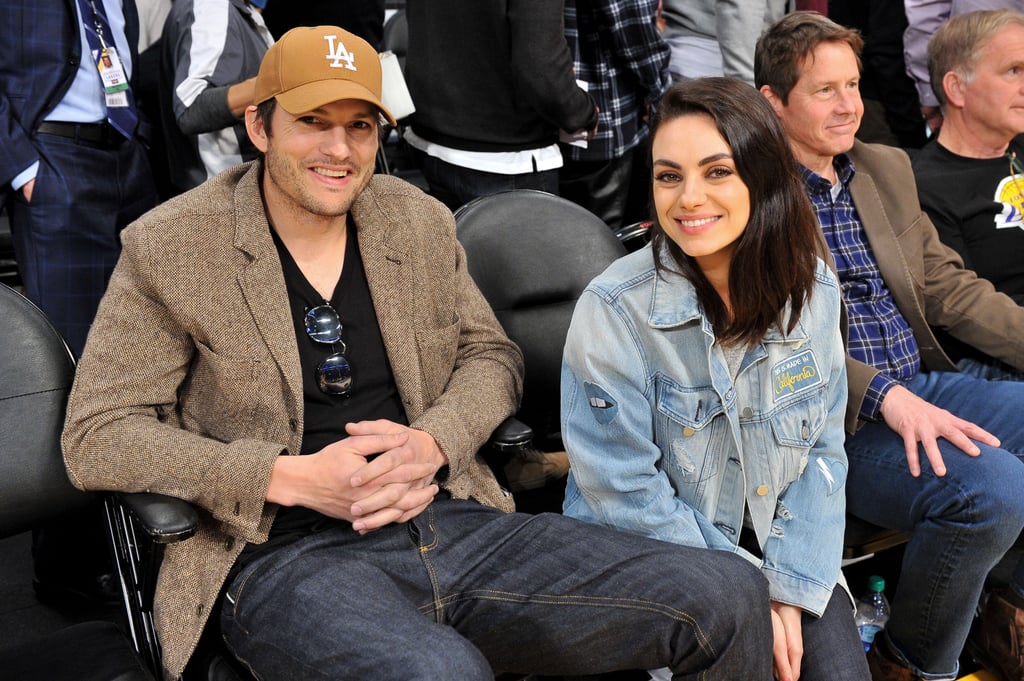 Ashton Kutcher and Mila Kunis had an entertaining date night on Jan. 29 when they sat courtside at a Lakers game in Los Angeles. Ashton, donning an "LA" cap, rocked a casual look with a jacket over his t-shirt, jeans, and a pair of boots. Mila also went for a laid-back aesthetic, wearing a gray blouse, jeans, and sneakers.

Their outing came hours after Ashton tweeted out his personal number. "I miss having a real connection w/ real people. My Community," he said. "From now on you can just text me. I won't be able to respond to everyone but at least we can be real w/ each other & I can share the unedited latest & greatest in my world." He then proceeded to reveal his 10-digit contact information.

Later that night, when Ashton and Mila were at the game, he sent a selfie of himself with his wife of three years to fans who reached out via text. Ashton's original tweet with his number has since been deleted, but in a follow-up message, he assured fans that he'll be sharing it again, saying, "I will repost soon . . . sms is a fragile beast."

He seemed pretty stoked about meeting new friends through text and being on a date at a basketball game. So I guess we can call him Ashton Clutch-er. (Lol, sorry.)

Jimmy Fallon
No One Makes Jimmy Fallon Smile Quite Like His Wife, Nancy Juvonen
by Kelsie Gibson 11 hours ago

Demi Lovato
New Couple Alert! Demi Lovato and The Young and the Restless Star Max Ehrich Are Dating
by Brea Cubit 3 days ago