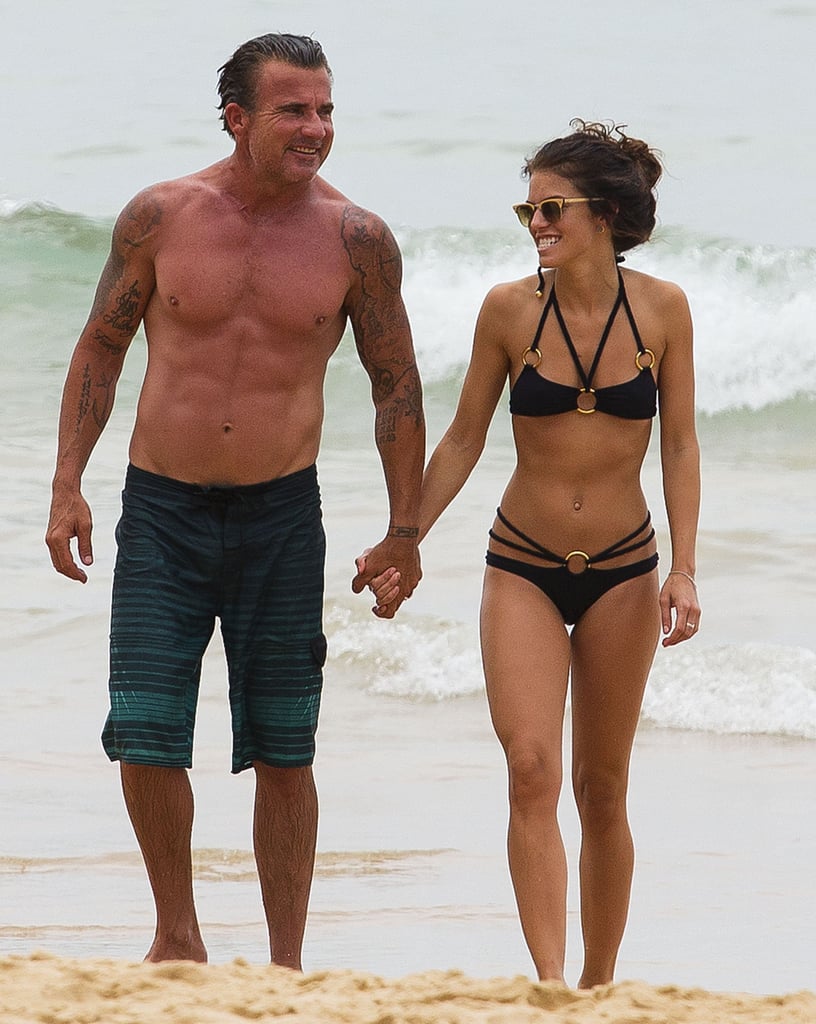 AnnaLynne McCord and her boyfriend, Dominic Purcell, celebrated 2014 with a day at the beach in Sydney, Australia, on Wednesday. AnnaLynne showed off her figure in a bondage-inspired Agent Provocateur bikini while her buff beau went shirtless. The couple held hands while walking on the sand, and AnnaLynne helped Dominic put on sunscreen. AnnaLynne enjoyed the holidays down under with the Prison Break star and his sons and seemed to be getting into the spirit by picking up one of their national sports. The former 90210 actress shared a photo on Instagram, saying, "Learning to play #cricket with my man #DominicPurcell and his boys (who are awesome athletes btw) #BestHolidayEver."

Previous Next Start Slideshow
AnnaLynne McCordShirtlessBikinisDominic Purcell
Around The Web