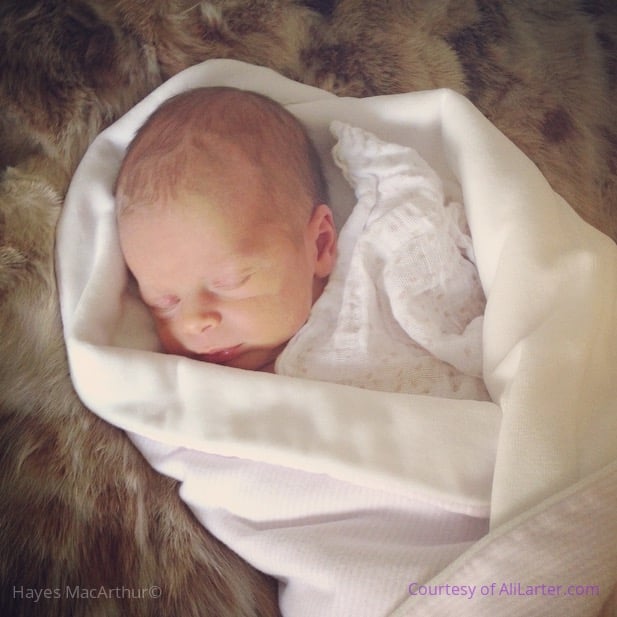 Ali Larter and her husband, Hayes MacArthur, became parents for the second time last week, welcoming a baby girl into the world. The actress announced the exciting development on her website, writing, "It's a girl! We couldn't be more excited to share news of the arrival of Vivienne Margaret MacArthur on Thursday January 15th 2015. She came bearing gifts for her brother [Theodore Hayes MacArthur]: Batman sheets and lots of Gummy Bears!!! 7.5 lbs of love." The post included an adorable picture of Ali and Hayes's bundle of joy, showing Vivienne looking peaceful while bundled up in a blanket.

News of the pregnancy first emerged in August, when Ali showed off her growing baby bump during a joyful appearance on The Tonight Show Starring Jimmy Fallon. "I've been trying to hide as much as I can, and when you're in the public eye, it's really scary in the beginning," she said at the time. Congratulations, Ali and Hayes!

Bindi Irwin
Bindi Irwin Re-Created a Sweet Moment From Her Parents' Pregnancy, and It's So Touching
by Yerin Kim 1 week ago

Celebrity Families
Everything We Know About Emma Roberts and Garrett Hedlund's Baby Son, Rhodes
by Alessia Santoro 2 weeks ago

Baby Names
Emma Roberts Welcomed Her Son Late in 2020, and We Love His Unique Name
by Alessia Santoro 2 weeks ago