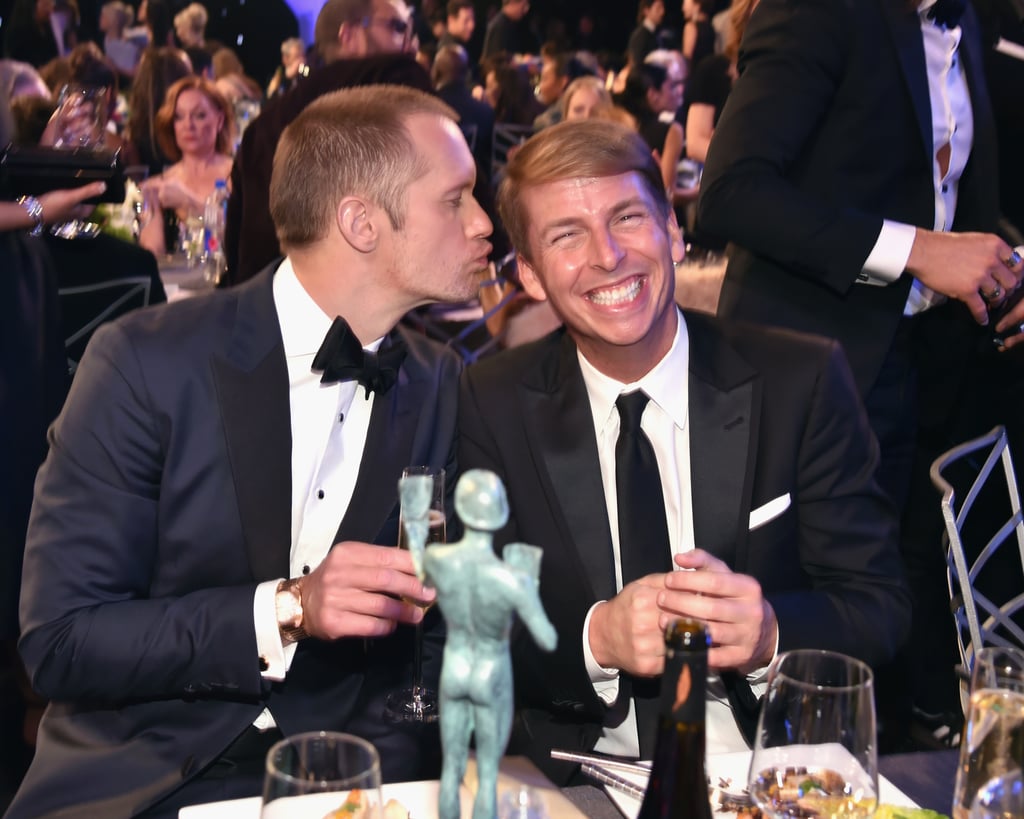 On Sunday night, Alexander Skarsgard took home his first-ever SAG Award thanks to his performance as the terrible, horrible, no good, very bad Perry Wright on Big Little Lies. He had the support of his castmates — his onscreen wife, Nicole Kidman, also won her first SAG Award — as well as his date, longtime BFF Jack McBrayer. Jack, who is best known for playing the role of NBC page Kenneth Parcell on 30 Rock, couldn't have been more excited for his friend when Alexander's name was called in the outstanding performance by a male actor in a TV movie or miniseries category, and the two posed for tons of bromantic photos during the show and at an afterparty.

Related:
They're Friends?! 23 Celebrity Pals That Might Surprise You

Alexander and Kenneth — sorry, Jack have been friends for a handful of years; Jack also accompanied Alexander to the Emmys back in September, and they even took a nine-day trip to the Arctic on a Greenpeace boat for a Funny or Die video in 2015. We didn't even know we needed this duo in our lives, but we're so here for it. Keep reading to see Alexander and Jack's best moments at the SAG Awards.

Related:
Over 100 SAG Awards Photos That Will Put You Right in the Middle of the Excitement
Previous Next Start Slideshow
Alexander SkarsgårdSAG AwardsAward SeasonJack McBrayerCelebrity Friendships
Around The Web