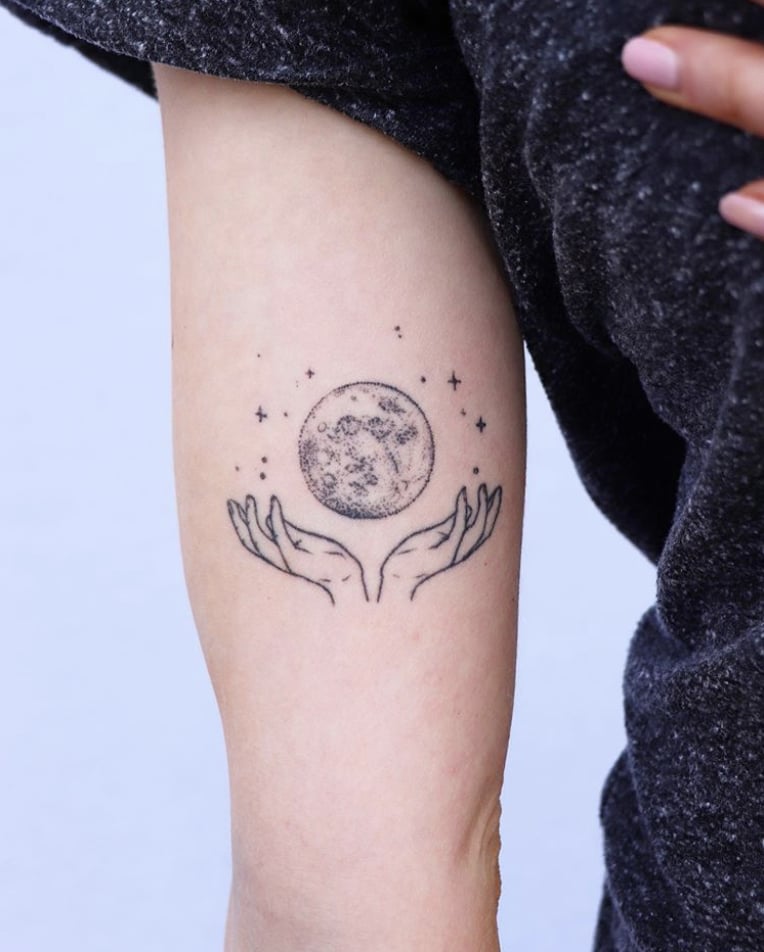 When VSCO was first founded in 2012 as a sophisticated way to edit photos on your phone, no one expected it to blow up in popularity the way it did. Now, it's the birthplace of viral trends. First, it was the "VSCO girl" meme, then it was "VSCO makeup," and now it's "VSCO tattoos."

Just like most social media platforms, VSCO has an endless feed of photos, broken down by specific collections based on hashtags. A lot of those photos are of — you guessed it! — tattoos. Apparently, people like what they're seeing on VSCO because they're looking for more of it. According to Pinterest, searches for "VSCO tattoos" are up nearly 700 percent on the site.

So, what exactly are VSCO tattoos? The tattoos frequently featured on VSCO vary. Some are big, some are small, some are black, and some are painted in a spectrum of color, but the most popular designs seem to be tiny, delicate, and depict one or more of the following: suns and moons, butterflies, or meaningful quotes.

These kinds of designs aren't anything new, but admit it: they're cute, and you definitely want one. Luckily, we've found some of the best VSCO tattoos out there, ahead.

Beauty News
Beautyblender and Live Tinted Are Launching a Collaboration, and We Have the First Look
by Nikita Charuza 54 minutes ago

Selena Gomez
Selena Gomez Just Got a Tiny Cross Tattoo, and the Placement Is Perfect
by Danielle Jackson 2 days ago

Beauty News
I Got a Layered Haircut, and My Hair Looks Completely Different (Not to Mention Fuller)
by Jessica Harrington 3 days ago