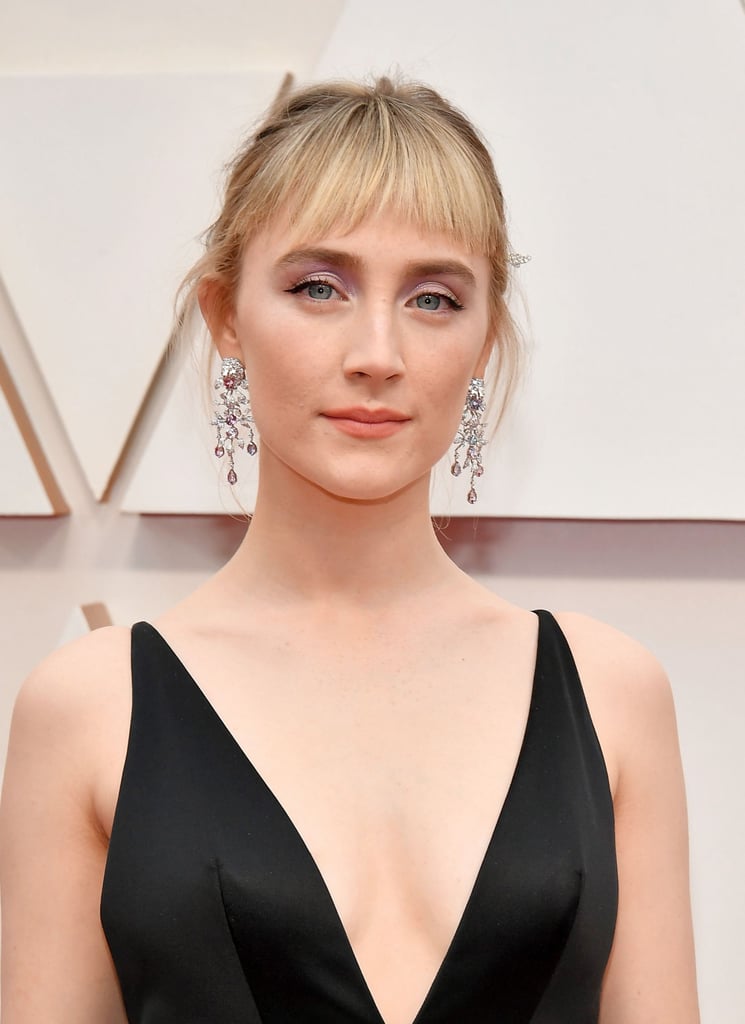 Give Saoirse Ronan and Her New Baby Bangs the Oscar

Saoirse Ronan is not messing around at the Oscars tonight. As a fourth-time nominee, it's clear that the actress came to win, and even if she doesn't, her new set of baby bangs already did.

Two years ago, Ronan was nominated for her role in Lady Bird and arrived to the Oscars with a blunt bob, freshly cut by hairstylist Adir Abergel. Naturally, fans were pleasantly surprised and shocked. Then and there she seemingly set the precedent that she would make a dramatic change to her look every time she attended the award show. Now, she's back and fulfilling the expectation. Eagle-eyed fans spotted the Little Women star the second she stepped out of a black SUV drawing attention to her micro bangs that sit about an inch above her brows. No word yet on whether or not the bangs are fake, but does it really matter? We're already texting our hairstylists to give us the same look.