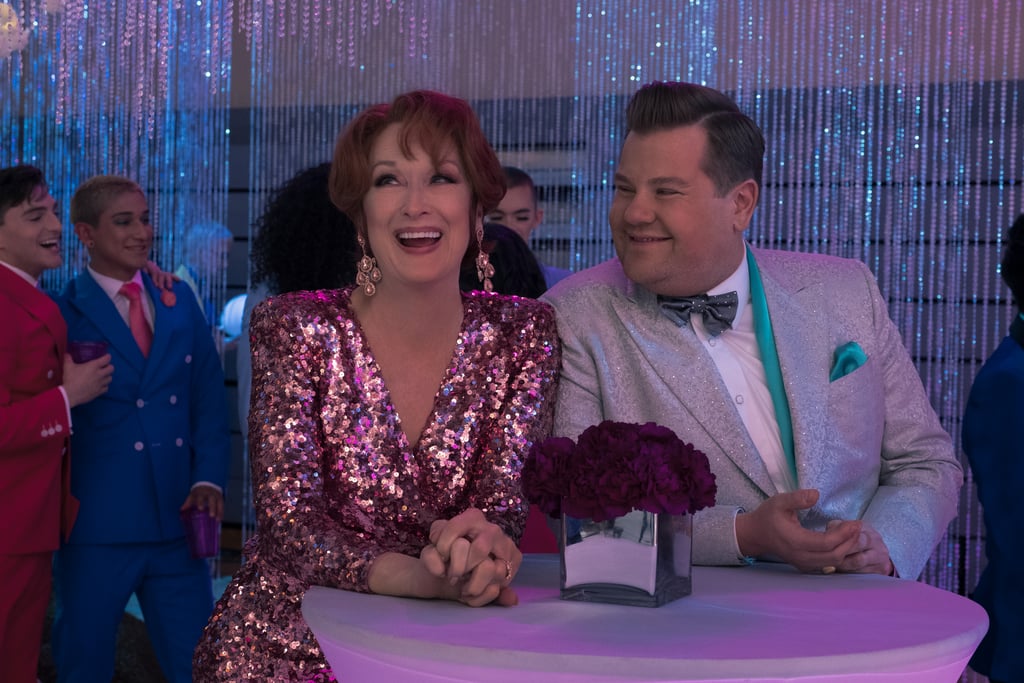 When I used to perform in high school and college — and I use the word "perform" here extremely loosely — one item I always considered a necessity was a bold red lipstick. In fact, lots of performers do, though if you tuned into Netflix's all-new movie musical, The Prom, and took note of every character's hair and makeup, you'd probably notice that cherry red lips seldom made an appearance unless it was a scene featuring Meryl Streep, who stars in the film as down-on-her-luck Broadway star, Dee Dee Allen.

"Meryl had the most glamorous makeup — she had the red lips," the movie's lead makeup artist, Eryn Krueger, told POPSUGAR. "We stayed away from any other character having red lips. A lot of the inspiration from the makeup comes from the basic tones of the movie, which are purple and pink and turquoise and a jade color. So there were no reds represented in any of the makeup — that was left for her character."

The Prom made its debut on Netflix on Dec. 11. It's a glitzy, Ryan Murphy-directed adaptation of the 2016 stageplay of the same name, telling the story of four Broadway actors rallying behind a lesbian high school student in a small town after the PTA bans her from attending the prom with her girlfriend. Along with Streep, the film stars James Corden as Barry Glickman, Nicole Kidman as Angie, Andrew Rannells as Trent, Jo Ellen Pellman as Emma Nolan, Ariana DeBose as Emma's girlfriend Alyssa, Kerry Washington as head of the PTA and mother of Emma's girlfriend Alyssa, and Keegan-Michael Key as the high school principal.

With such a large, outstanding cast, you could probably guess that there's a lot that went on behind the scenes hair-and-makeup-wise — and you'd be right. Ahead, we're taking you through all the details on the biggest backstage transformations on set. 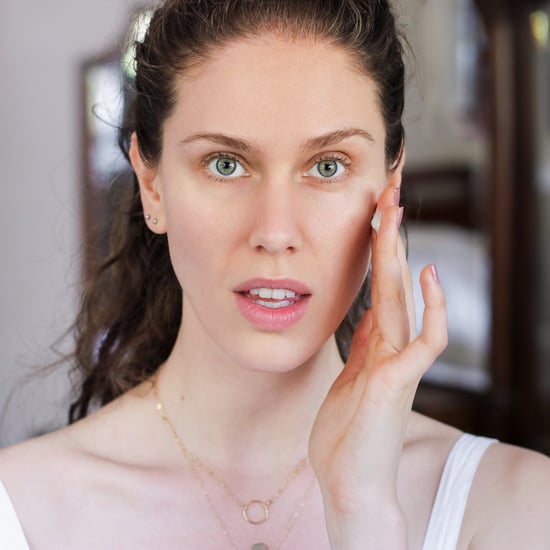 Beauty Interview
How Cassandra Bankson Became "Your Acne Big Sister" With Over 1.5M YouTube Followers
by Jessica Harrington 23 hours ago 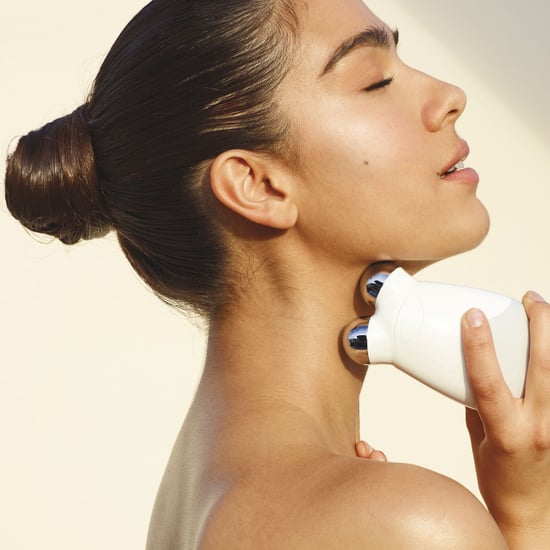 Beauty Shopping
Beauty-Lovers, the NuFace Is 34% Off This Amazon Prime Day — That Never Happens!
by India Yaffe 1 day ago