In case you were wondering what Kendall Jenner's been up to while at home, she's been keeping herself busy by doing the same thing that a lot of us have: playing "Mario Kart" and applying face masks. The model and Keeping Up With the Kardashians star recently shared a photo of herself relaxing in her underwear while wearing a green, slightly lumpy mask, which . . . same. Ever so curious, we immediately skipped past how great she looked and asked ourselves the most important question: exactly what kind of treatment is she doing?

While the celebrity facialist Gavin McLeod-Valentine (who's worked with the Kardashian-Jenner family) didn't apply the face mask himself, he did share some theories on what she could be using to keep her skin in check at the moment.

"To my eye this looks like a DIY mask, that [Jenner] has created at home using what looks like avocado, honey, and oatmeal."

"To my eye, this looks like a DIY mask that [Jenner] has created at home using what looks like avocado, honey, and oatmeal," he told POPSUGAR. "As a superfood, avocados are full of essential vitamins E, C, and K, which have great anti-aging properties, which also help to build elastin within the skin." He continued, explaining that avocados also contain fatty acids that soften and moisturize the skin.

Jenner has also been very open about her struggles with acne in the past, which would explain the likelihood of there being honey in the mask. "Raw honey is naturally antibacterial, so it's great on acne-prone skin as a treatment and [for] prevention," McLeod-Valentine said. "Full of antioxidants, it has anti-aging properties and historically has been used as a soothing agent to calm and moisturize sensitized skin."

Oatmeal on the other hand can be used to treat redness and soak up excess oil. "Its antioxidant and anti-inflammatory properties help to treat dry skin and remove dead skin cells, which often leads to pore congestion and subsequent outbreak," he said. "Oatmeal also contains compounds called saponins, which are natural cleansers. They remove the dirt and oil that clog pores and exfoliate the skin."

It's impossible to tell from a few photos exactly the combination of ingredients Jenner used, but it's good to know that we're not the only one who've been putting our skin-care needs first during this time.

Beauty News
Lush Is Slowly Reopening Its Stores Across the US, and We Can Smell the Good News From Here
by Chanel Vargas 2 days ago

Beauty News
I Try a Lot of Hair Products, but None of Them Compare to This Leave-In Conditioner
by Jessica Harrington 2 days ago

Ciara
Wow, Ciara Looks Like an Actual Ray of Light With Her New Bleach-Blond Hair
by Danielle Jackson 2 days ago 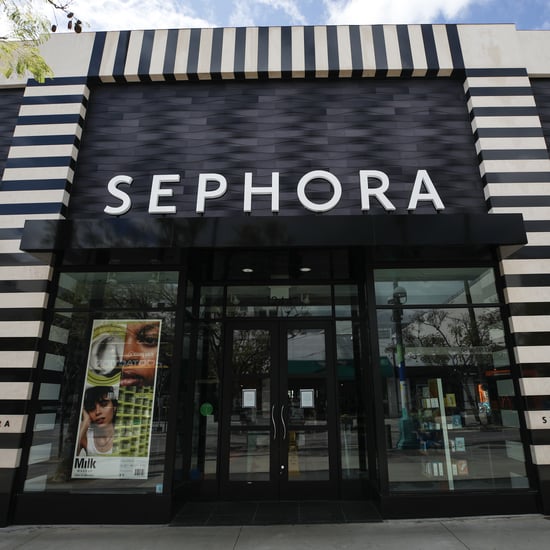 Beauty Shopping
I've Recently Fallen in Love With Tinted Sunscreen, and Here Are 10 of My Favorites
by India Yaffe 3 days ago

by Hedy Phillips 16 hours ago