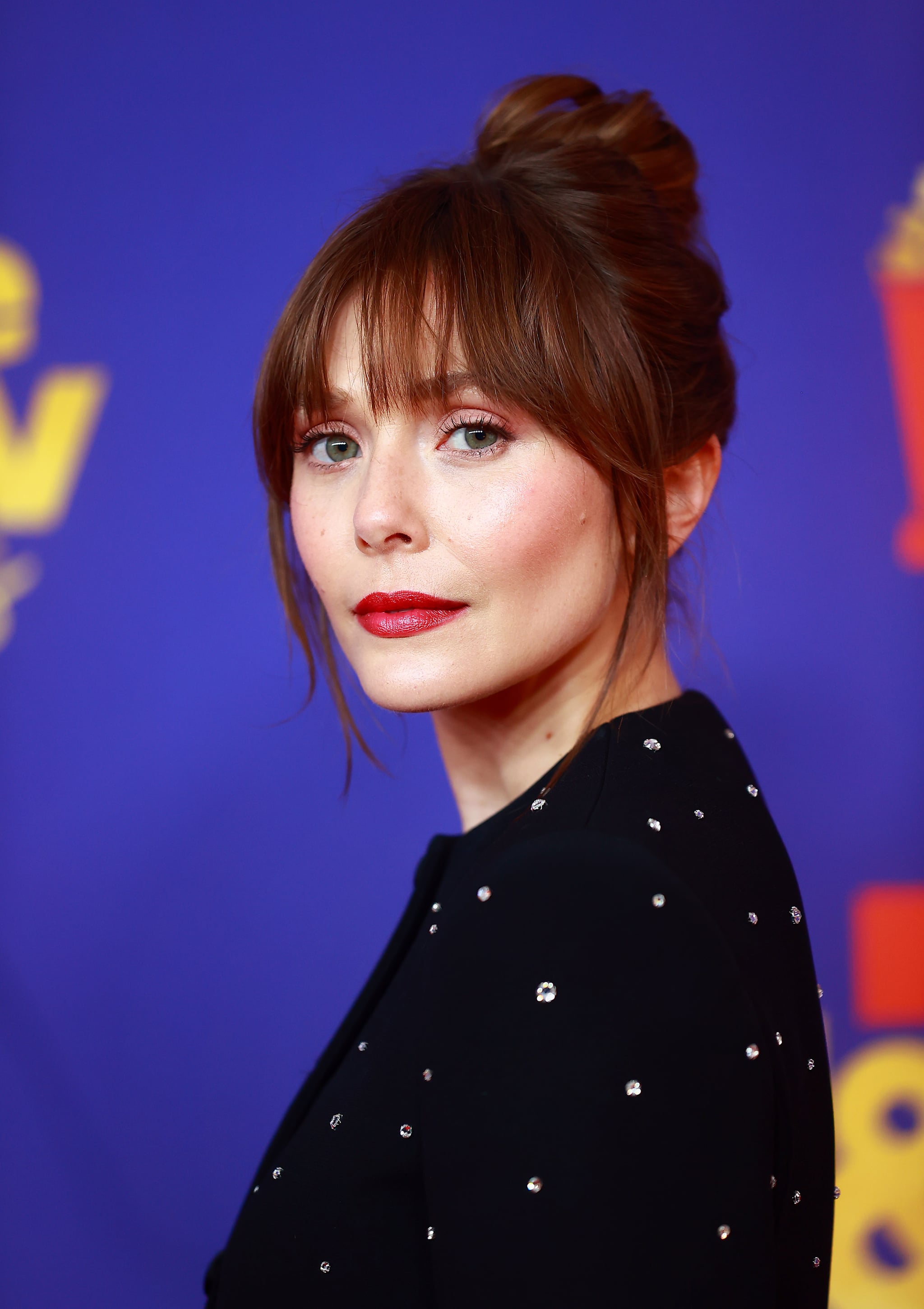 UPDATE: Just a few months after Elizabeth Olsen debuted a darker hair color and new cut, it seems she is recommitting to that bangs lifestyle. The actor showed up to the MTV Movie & TV Awards on May 16 with a newly trimmed fringe and the summer's coolest hairstyle: a topknot.

"Bangs are truly a style on their own — you can throw your hair into a messy bun or a topknot and if your bangs are styled, you are red carpet ready," said her hairstylist Mark Townsend on behalf of Dove. "That's what we were going for tonight, a glam yet relatable look at Elizabeth's first in-person award show in the last year. She had grown out quarantine bangs, so we decided to turn them into curtain bangs."

And it wasn't just bangs: "I cut shaggy layers into Elizabeth's long hair." So there you have it: a shag and bangs debut — the most modern twist on a throwback to walk the red carpet last night. 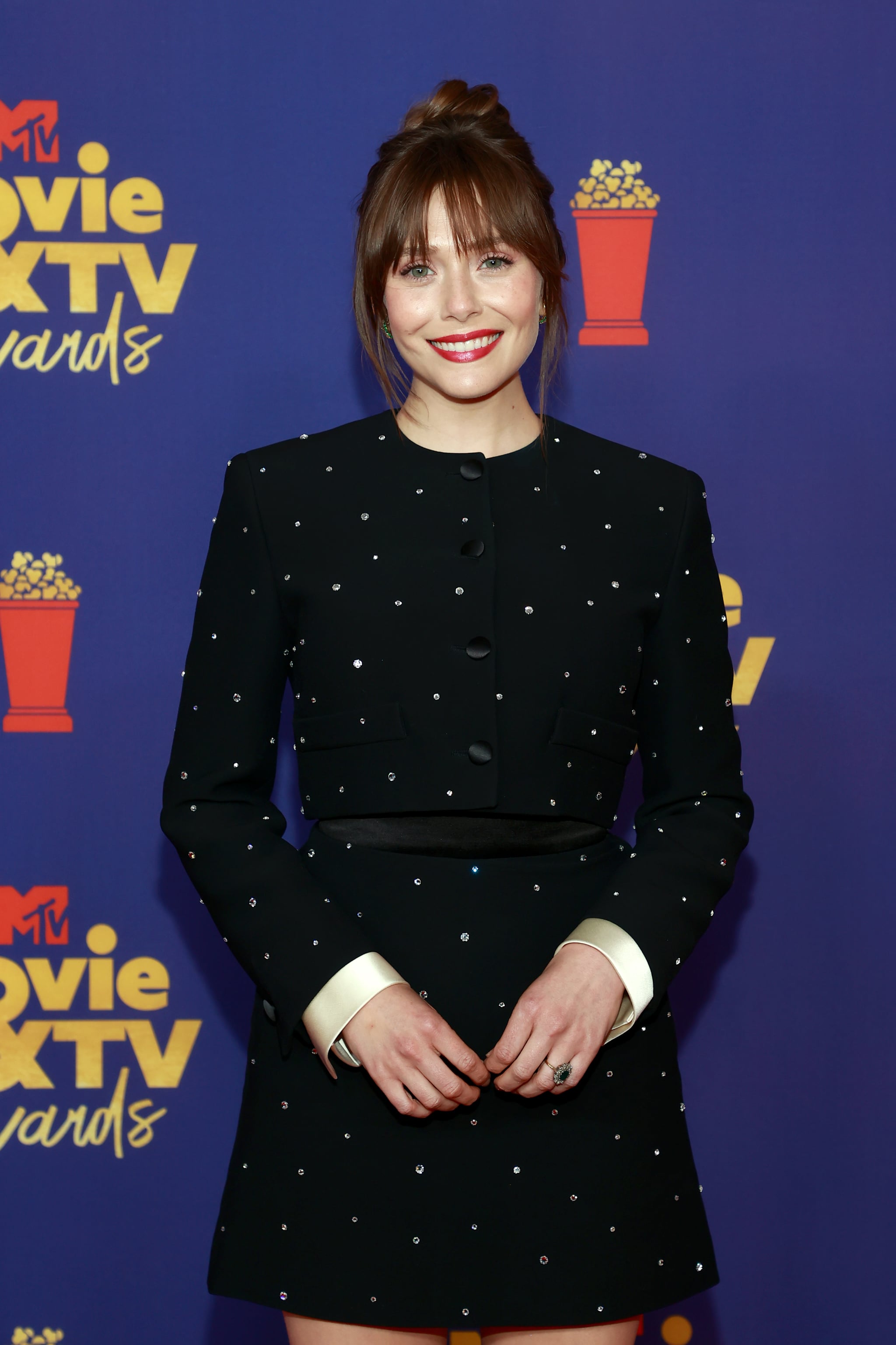 This story was originally published on March 17.

Elizabeth Olsen's new hairstyle is a very far cry from the copper-red color we became accustomed to seeing her in when we were marathoning through WandaVision. The Marvel actor made an appearance at the Falcon and the Winter Soldier virtual launch event this week, where she was seen sporting an all-new, shaggy haircut featuring retro curtain bangs and a dark-brown hair color.

Curtain bangs are a very low-maintenance, more noncommittal way to wear bangs that involves splitting your fringe down the middle and sweeping the hair to each side. The hairstyle is very reminiscent of the '70s, and the comeback tour it's been on for the last few months has been so strong that even Olivia Rodrigo gave in and got the cut after spending months thinking about it. Olsen joining the curtain-bangs club is just another reminder that this is a trend that won't be going out of style anytime soon.

elizabeth olsen at 'the falcon and the winter soldier' virtual launch event pic.twitter.com/cWvT15xPHH

Celebrity Instagrams
Excuse Me For Staring, but Is That a New Tattoo on Megan Fox's Rib Cage in Her New Skims Ad?
by Chanel Vargas 2 days ago