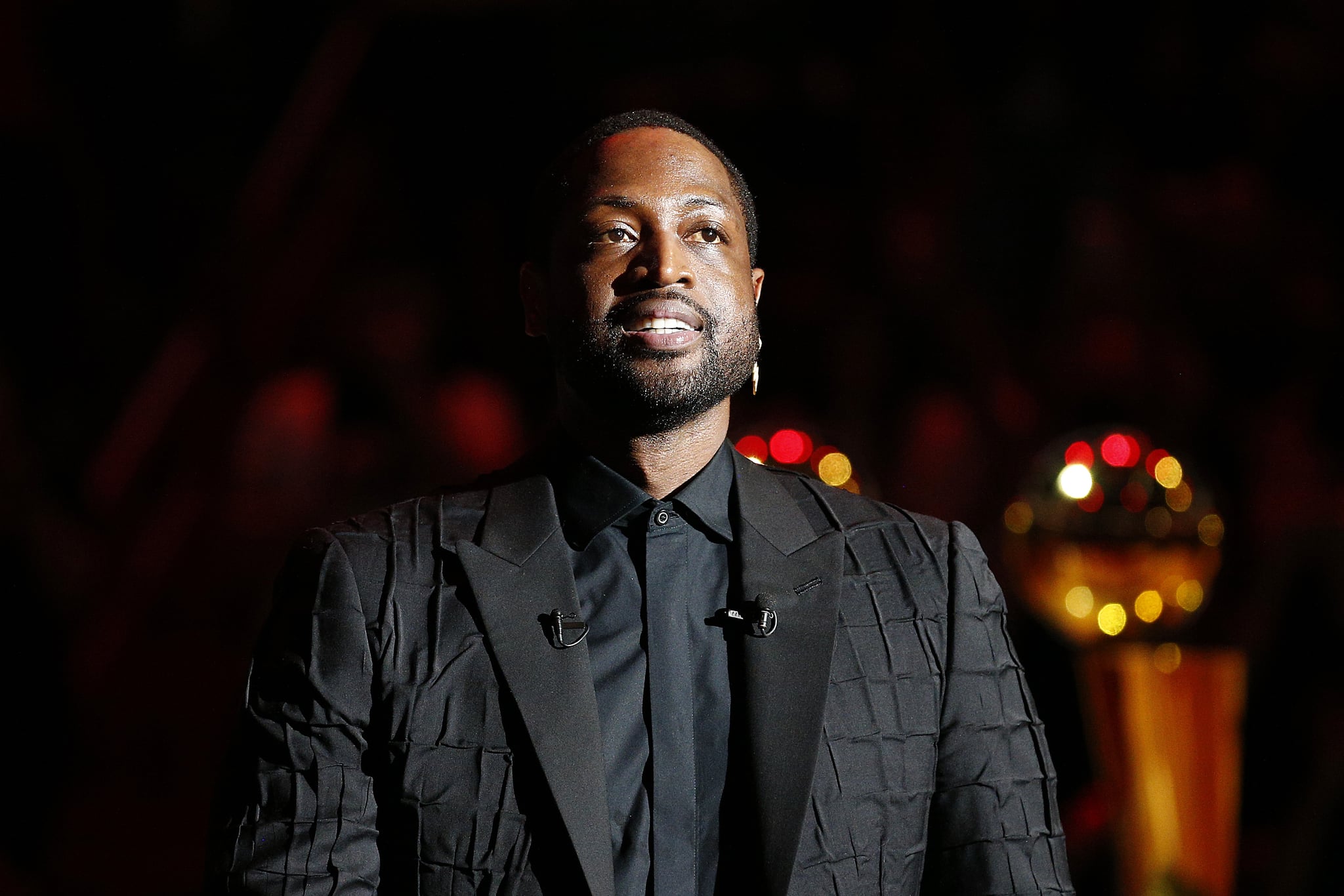 Dwyane Wade has always used his voice to spread awareness on the issues that matter, and lately he's been using his hair as a tool as well. Following the lead of dozens of athletes who are refusing to play and compete in games in the wake of this week's shooting of Jacob Blake, the NBA retiree debuted a new hair color on Instagram on Aug. 26 that shows his support for the Black Lives Matter movement. In the photo, you can see Wade's bleached-blond hair with the black fist used to symbolize the social-justice movement in the middle of his head.

Blake was shot by police in Kenosha, WI, this week after trying to break up a fight between two women. While walking away from the incident and attempting to enter his own car, he was shot in the back seven times by an officer and is now paralyzed from the waist down. Since the events of Sunday evening, protests in Blake's honor have erupted in Kenosha, and one in particular ended in the fatal shooting of two protesters at the hands of a 17-year-old. Athletes in the NBA and other professional sports leagues have since boycotted their games and made public statements as a show of support for Blake and those protesting.

Beauty News
Where Do You Stand on the Middle Part vs. Side Part Debate? We Have Some Thoughts
by Jessica Harrington 1 day ago

Beauty News
The Importance of Having a Diverse Shade Range, From Brands Who've Gotten It Right
by Jessica Harrington 1 day ago

Beauty News
There's a Peeps Makeup Collection Coming, With Chick-Shaped Sponges and All
by Danielle Jackson 2 days ago