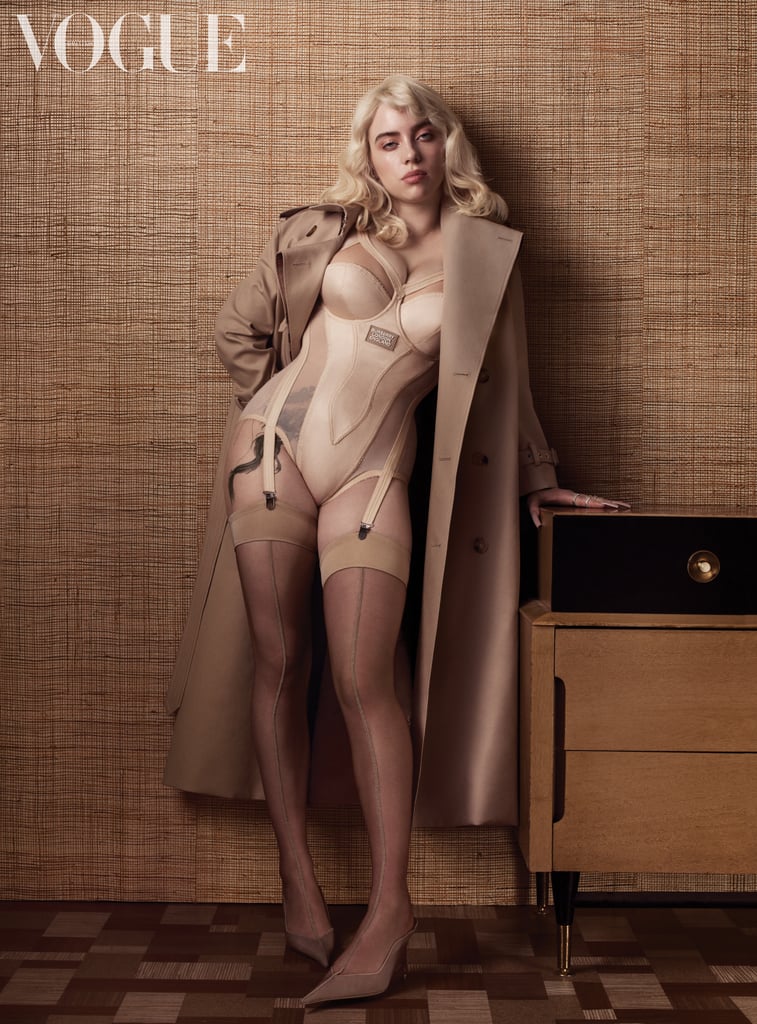 Billie Eilish once told fans they'd never see her first tattoo, but lucky for us, she had a change of heart. For her June 2021 British Vogue cover, the "Your Power" singer posed in custom corsets that gave a glimpse of her massive ink. It takes an eagle eye to figure out exactly what Eilish's tattoo could symbolize, but people on social media assume it's a slithering dragon design.

Eilish's decision to unveil her tattoo is part of a new style era, as is her recently dyed hair. She told British Vogue she was "ready for it to suck" when she went blond, but instead, felt "more like a woman, somehow." Eilish continues to embrace what makes her feel most confident, whether that be in her appearance or in her music. These changes are only hyping us up for what else she has in store before her second album releases on July 30. 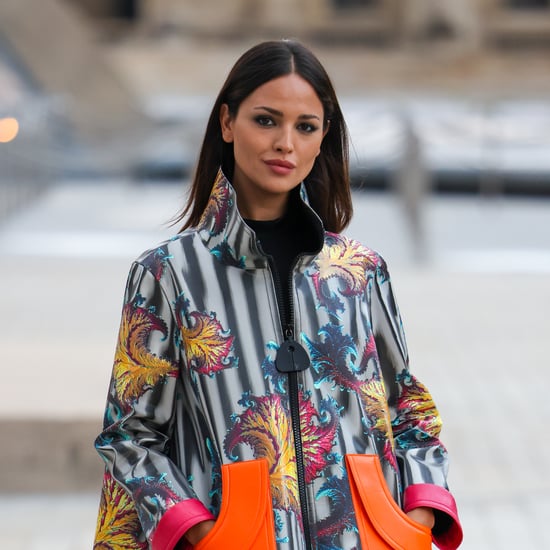 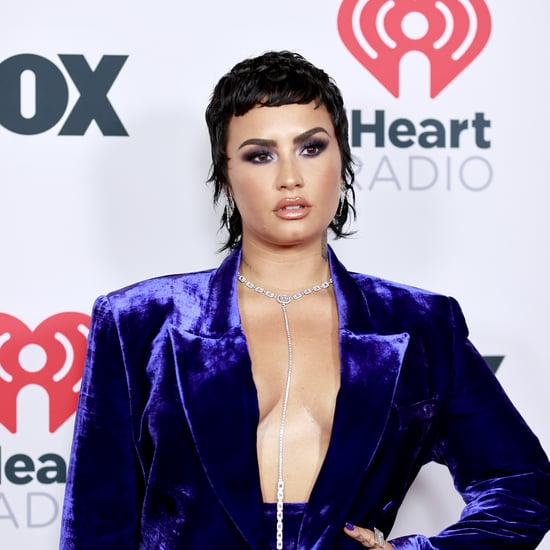 David Beckham
After This Massive Neck Addition, Romeo Beckham Now Has a Matching Tattoo With Dad David
by Kelsey Garcia 2 weeks ago