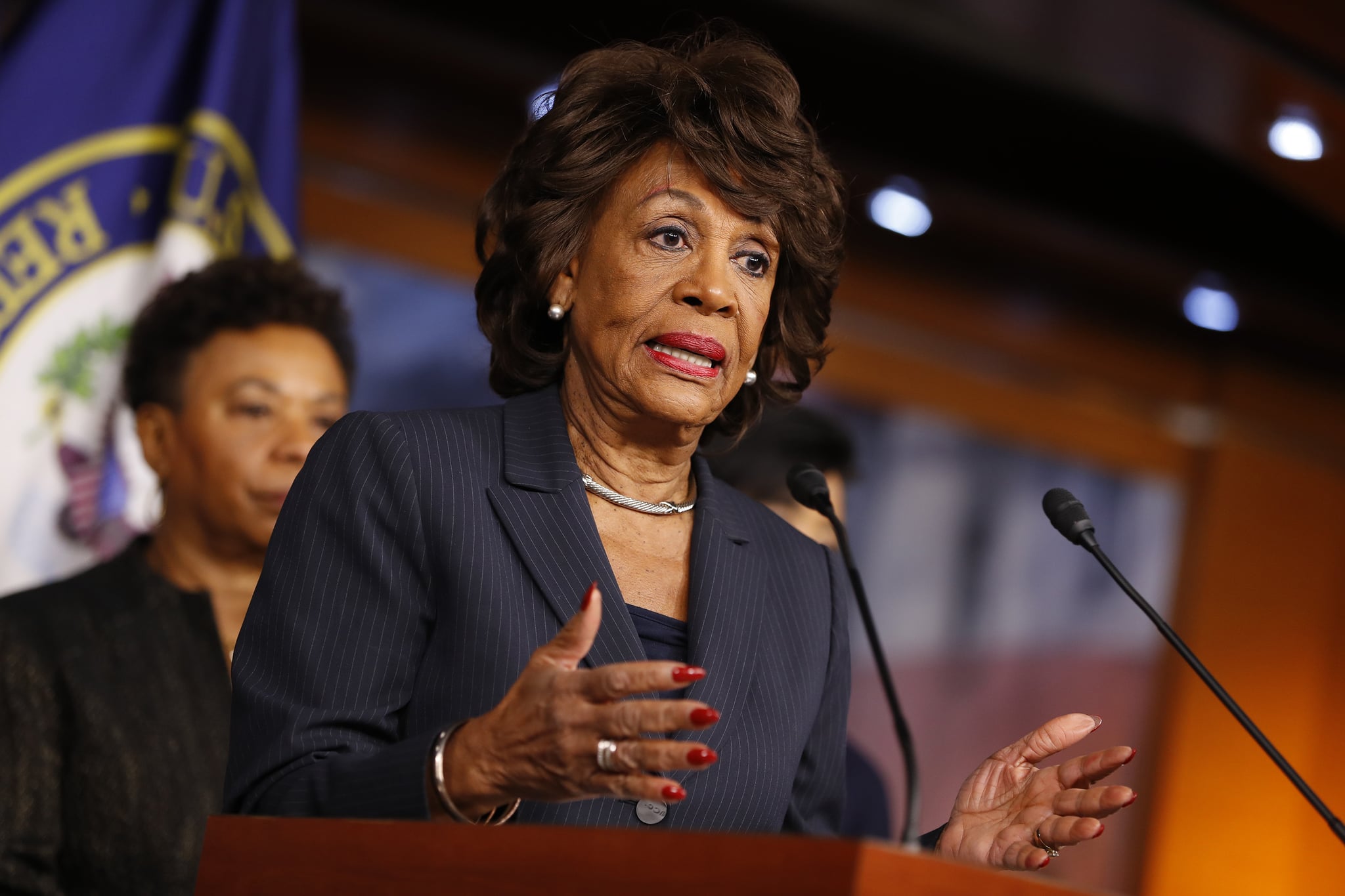 Internet citizens were up in arms this past Tuesday when Fox News pundit Bill O'Reilly mocked esteemed Congresswoman Maxine Waters's hair. During Fox & Friends, O'Reilly was shown a clip of Waters speaking on the House floor, only to remark, "I didn't hear a word she said. I was looking at the James Brown wig." While two of the cohosts of the show joined in on the tasteless joke, the third, Ainsley Earnhardt, found the comment disrespectful.

"You can't go after a woman's looks," she said to O'Reilly. He has since apologized for the racially charged quip, calling his comment "dumb" and noting that he respects Waters for being "sincere in her beliefs."

However, the representative for California's 43rd district proved in an appearance on MSNBC's All in With Chris Hayes that not only is she unfazed by the hateful comment, but she had a epic retort of her own.

"I am a strong black woman, and I cannot be intimidated," she said confidently. "I'd like to say to women out there everywhere: don't allow these right-wing talking heads, these dishonorable people, to intimidate you or scare you." She added, "Be who you are, do what you do, and let us get on with discussing the real issues of this country."

She went on to say that Bill O'Reilly (as well as former Fox News CEO Roger Ailes) has "no credibility," bringing up his "checkered past" and sexual harassment settlements.

Hillary Clinton acknowledged the controversy in her most recent speech, explaining how frequently women of color have a "lifetime of practice" dealing with indignities such as these. While Waters obviously shouldn't have to be putting up with racist remarks about her looks at all, she proves time and time again that she can shut them down and redirect the conversation back to politics.

In recent months, Waters has become not just a heroine but practically a beloved meme for her brusque honesty and unguarded facial expressions. We look forward to seeing how she continues to smash the patriarchy. Watch her phenomenal response in full below.

.@MaxineWaters on Bill O'Reilly comments: "I am a strong black woman and I cannot be intimidated" #inners https://t.co/B1vRE4nelt