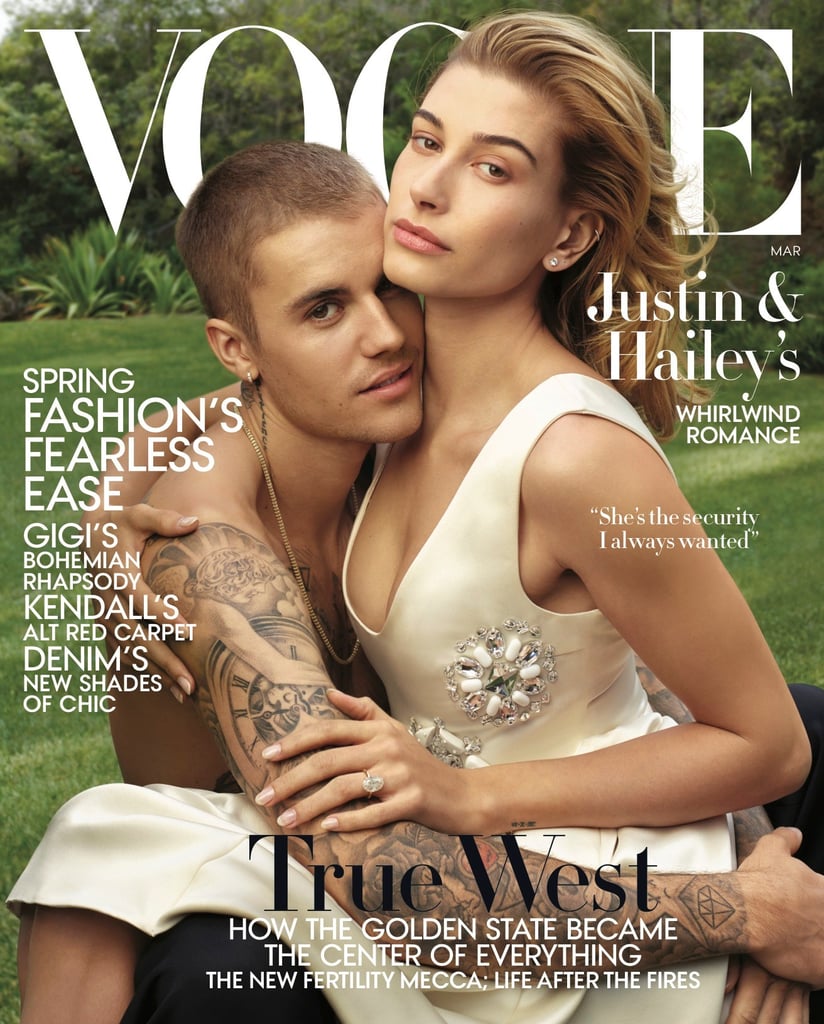 Hailey Baldwin Went Makeup-Free on the Cover of Vogue

Hailey Baldwin bared all in the latest of issue of Vogue, where she graced the cover sans makeup with her husband, Justin Bieber, and gave a candid interview about becoming Mrs. Bieber. The raw article delved into Bieber's self-admitted trust issues and the challenges of being a newlywed couple.

"We're coming from a really genuine place," she explained. "But we're two young people who are learning as we go. I'm not going to sit here and lie and say it's all a magical fantasy. It's always going to be hard." On the cover, shot by Annie Leibovitz, Baldwin is barefaced with her sandy blond hair brushed back in loose waves. While Baldwin is frequently seen on the street without makeup, it's refreshing to see her on the cover of a major magazine looking so natural. Ahead, you'll see other times Baldwin kept it simple with her beauty look.

Storm Reid
Storm Reid Treated Herself to an Inspiring Tattoo For Her 17th Birthday: "I’m So Appreciative"
by Chanel Vargas 2 days ago