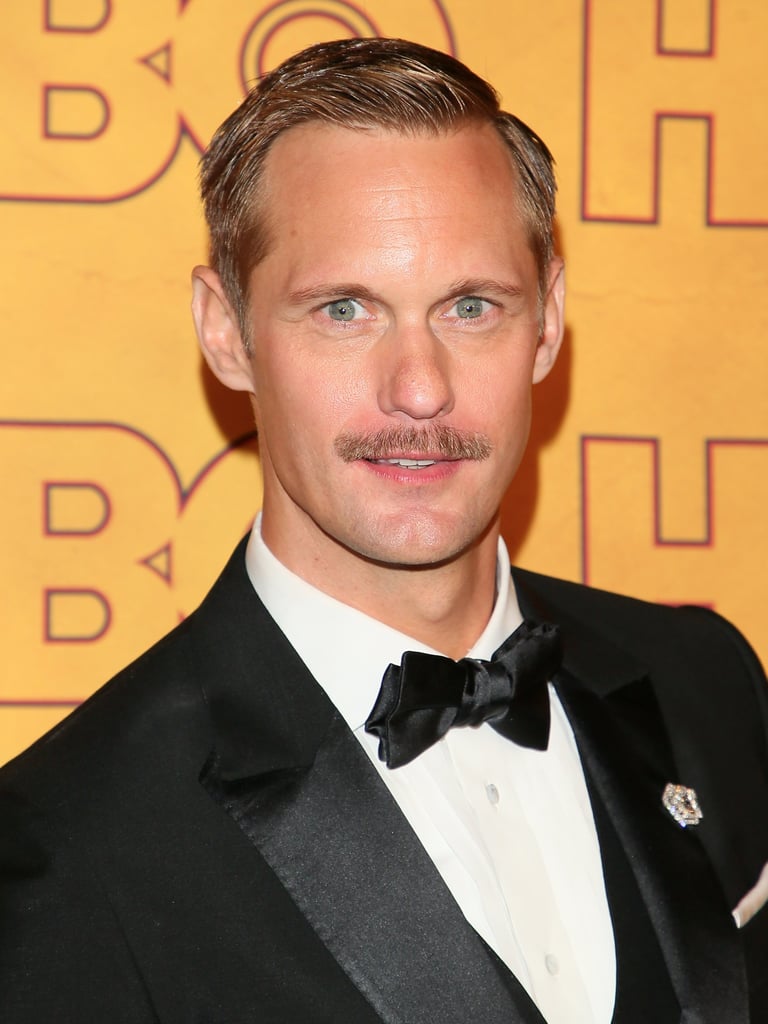 Alexander Skarsgard Has a Questionable Mustache Now, but, Honestly, Still Would

In these divided times, we can find comfort in the fact that everyone on Twitter united over their many feelings regarding Alexander Skarsgard's new mustache. At the 2017 Emmy Awards on Sept. 17, Skarsgard was honored with the outstanding supporting actor for a limited series award for his work on Big Little Lies, but it was his facial hair that truly solidified his place in Emmys history.

Love it or hate it, the internet was quick to react. Some said the style looked a little too adult-film-esque, while others praised Skarsgard for making a tricky style work. Nicole Kidman seemed to like it, going so far as to plant a kiss right on Skarsgard's (fuzzy) lips when he won his award. If Kidman's into it, so are we.

Still need time to decide for yourself? Read on for Skarsgard's 'stache at every angle, followed by the most heated Twitter reactions to his new look.

Beauty News
I Tried Isle of Paradise's New Self-Tanning Butter, and I Can't Believe It's Only $25
by Jessica Harrington 2 days ago