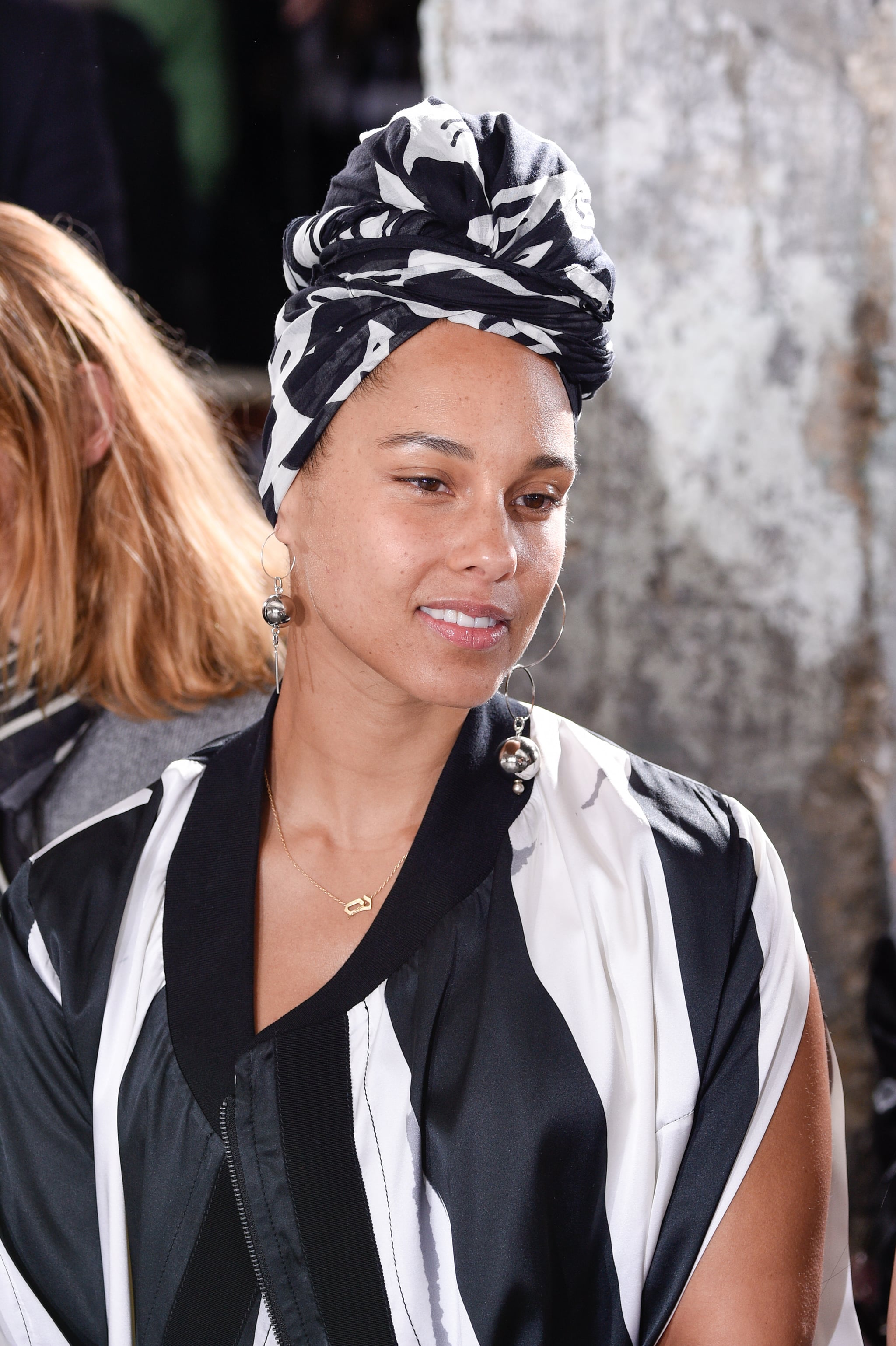 Alicia Keys famously took a strong stand against makeup in June 2016, but for some reason, her personal choice to go bare is still a topic of conversation. The 15-time Grammy winner has been embracing her imperfections and natural beauty for a while but has made no secret of the fact that there are still some products she incorporates into her skin-care routine.

Apparently, Alicia's cohost on The Voice Adam Levine thought ditching the makeup meant she used zero products whatsoever. It wasn't until Adam caught her applying a little makeup while on set that he had some questions. Adam recently sat down with Howard Stern to talk about what goes on behind the scenes of their NBC show, where Howard asked him about Alicia's stance on going makeup-free.

Related:
Alicia Keys: "It Took Me Forever to Get This Skin"

Adam jokingly brought up the time he walked in on Alicia doing the unthinkable, and her applause-worthy response is going to make you smile. "She was putting on a little bit of makeup, I was like, 'Oh, yeah, I thought Alicia doesn't wear makeup,'" he recalled with sass. "And she's like, 'I do what the f*ck I want.'"

BOOM! Adam said that he replied to his cohost saying, "I love you so much," and we couldn't think of a better comeback. Alicia has been defending her natural glow since she decided to ditch the heavy makeup, but it's her personal decision to go bare and she's right, she can do whatever she wants!

Check out Adam's hilarious clip from The Howard Stern Show below.

Beauty News
ColourPop Has an Animal Crossing Collection Coming, and It's Even More Fun Than the Game
by Danielle Jackson 2 days ago