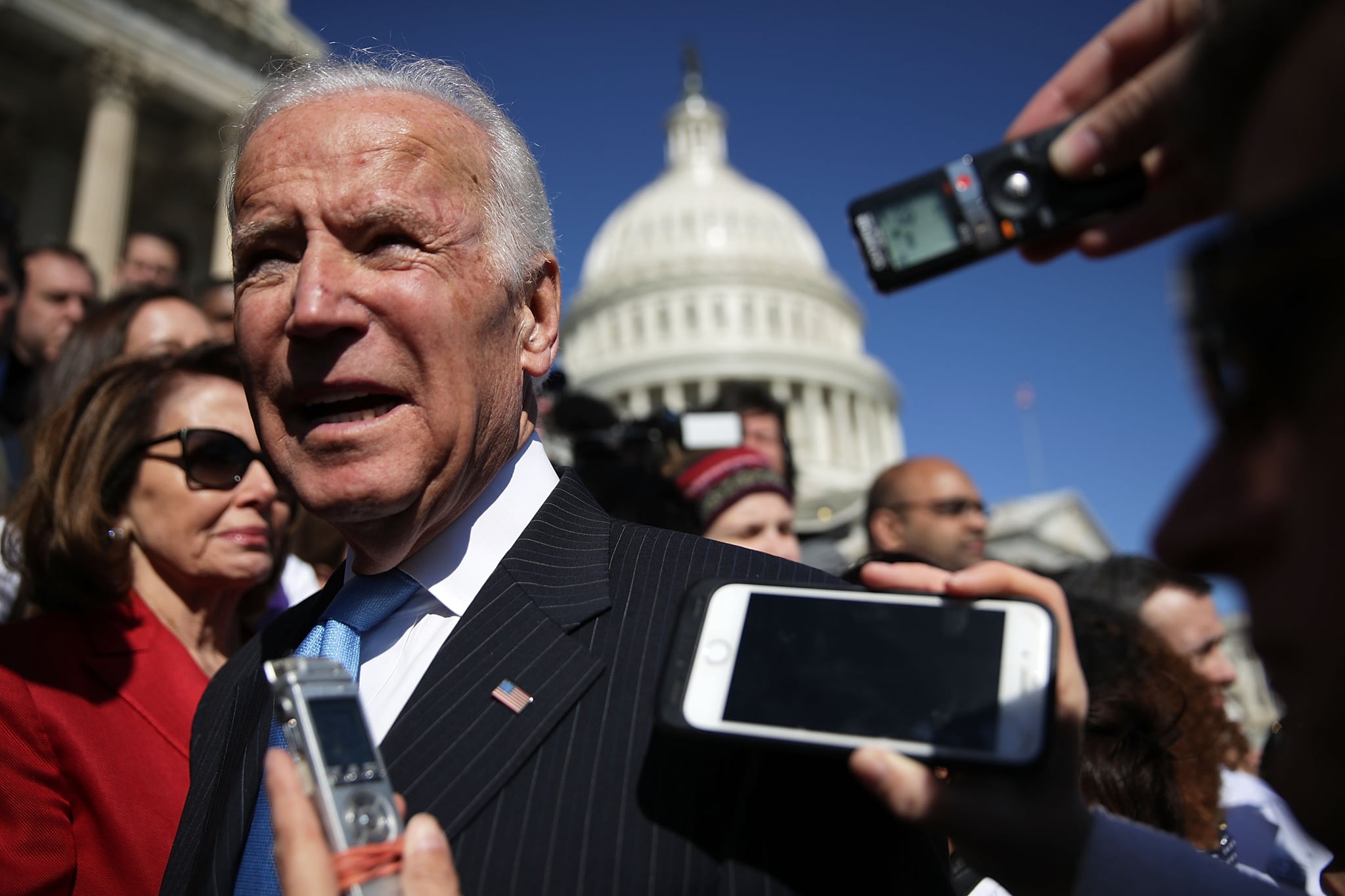 You can call him Joe "Sarcastic" Biden from now on. During an appearance at the Capitol to talk about the problematic GOP plan to replace the Affordable Care Act, the former VP was asked by a reporter if the Obama administration wiretapped Trump Tower.

Biden also told reporters that he thinks President Donald Trump should apologize to Barack Obama for the accusation, which the FBI has denied. "I think any gentleman would," he said.

We're still waiting for the day he calls Trump's bogus claim a "bunch of malarkey."

Space
There Are a Ton of Moon Events Happening in 2020, Including a Blue Moon on Halloween
by Emily Weaver 4 days ago

Tweens and Teens
New Bill Could Make Cell Phones Illegal For Teens, and This Shouldn't Be Controversial at All
by Kelsey Garcia 1/14