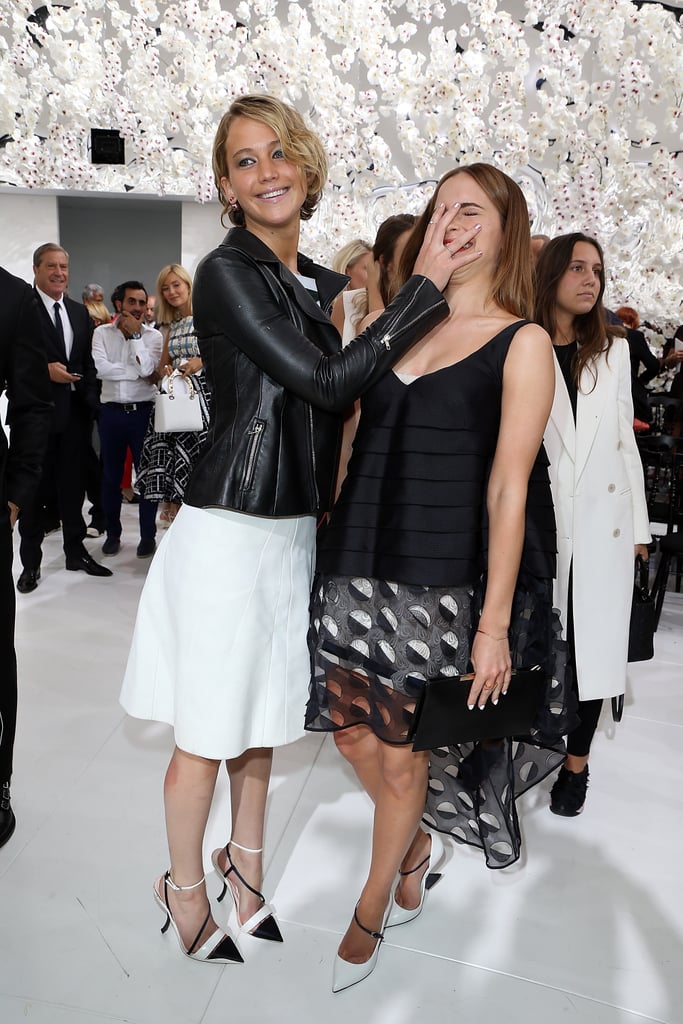 Here's What Happens When Katniss and Hermione Vie For Your Attention

Charlize Theron, Emma Watson, and a rather tan Jennifer Lawrence all showed up for the Christian Dior Haute Couture runway show at the Musée Rodin in Paris on Monday. The ladies sat front row with Dior CEO Sidney Toledano to take in the Fall 2014 collection and later joined the brand's creative director, Raf Simons, to pose for photos and give their congratulations; actresses Marion Cotillard and Zhang Ziyi also popped up backstage to share their excitement after watching the show. While Charlize arrived on the arm of her boyfriend, Sean Penn — and looked as stunning as ever in a sparkly minidress — we couldn't help but geek out a bit over Jennifer and Emma posing for pictures together in their color-coordinated Dior ensembles. Jennifer pulled some of her signature goofball moves when she playfully tried to cover Emma's face from the cameras; looks like Katniss and Hermione won't be doing a movie together anytime soon? The girls later joined Elsa Pataky and Gone Girl's Rosamund Pike for a Dior-hosted dinner that same evening.

The onscreen heroines likely jetted off to Europe during some downtime in their busy schedules. Emma has been filming Regression in Canada since graduating from Brown University back in May but made time to show some sweet PDA with her boyfriend, Matthew Janney, last month. Since filming has wrapped on both the Mockingjay movies as well as the Depression-era drama Serena, Jennifer could be enjoying a nice lull between projects (hence the tan!). Keep reading to see both actresses at the Dior runway show. 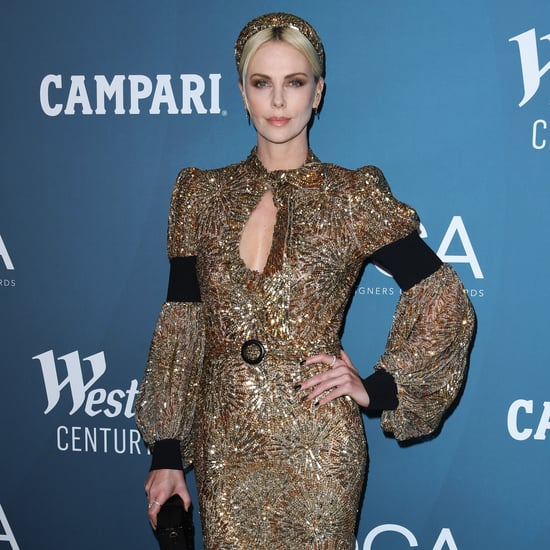 Emma Watson
Emma Watson Is the "Bag Lady" of Her Friends, and We Can See Why — She Carries Nutella!
by Chanel Vargas 12/13/19