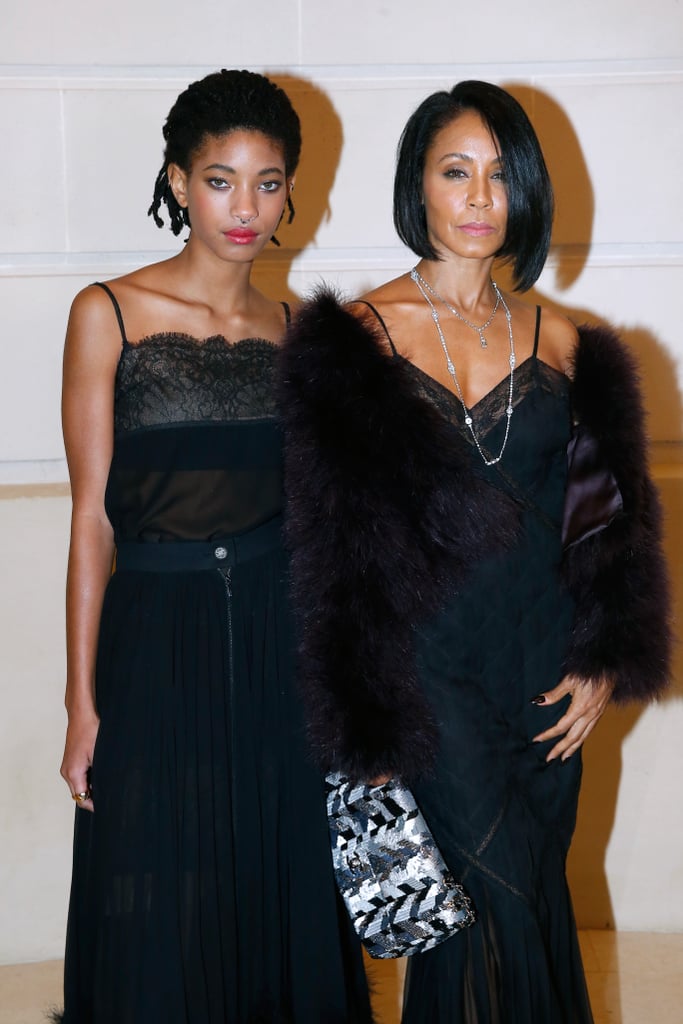 Jada Pinkett Smith and daughter Willow attended a Chanel fashion show in Paris on Tuesday looking fierce as hell. In addition to donning matching black-on-black outfits, the mother-daughter duo served up some serious face while posing for pictures inside the Hotel Ritz. Clearly aware of how good they looked, Jada uploaded a photo of her and Willow on Twitter, writing, "Mommie Daughter night in Paris." Missing from the fun, though, was Jada's husband Will, who stopped by Jimmy Kimmel Live! on Monday night to promote his upcoming film, Collateral Beauty. During his appearance, the actor told a hilarious story about a time he had to ask a fan to lend him $10 for gas — yes, really.

The Tonight Show Starring Jimmy Fallon
Of Course Lenny Kravitz Nailed His Last-Minute Speech at Zoë's Wedding: "I Was in Tears"
by Kelsey Garcia 3 days ago

Serena Williams
Serena Williams Opens Up About Sharing Parenting Responsibilities: "It’s All About Equality"
by Chanel Vargas 4 days ago